Before discussing substance abuse, dependence and addiction, it is important to understand the terminology as it pertains to substance-related disorders. Drug abuse is the repeated use or misuse of an addictive or illegal substance. A drug tolerance occurs when your body gets used to the effects of the substance making it more and more difficult for you to achieve the same effects as before. Substance dependence occurs when you become physically reliant on the substance in order to perform daily functions. Tolerance and dependence are interrelated – as you build up a bigger tolerance, you become more physically dependent on the substance. Dependence can cause a wide range of physical and/or psychological symptoms if you do not get the drug that your body craves.

It is important to note that just because you have a physical dependence on an illegal substance does not necessarily mean that you are addicted to that substance. If you are abusing an illegal substance, you are at risk of developing an excessive reliance on that and/or other drugs. Drug dependency can quickly become chronic and interfere with your normal daily functions if you do not seek treatment.

If you continue to misuse or abuse drugs despite the negative effect it has on your relationships, health and/or other aspects of your life, you are addicted to drugs. Continued drug misuse or abuse can cause a host of physical problems and psychological problems.

“Alcoholism” is defined as a pattern of behavior in which you either abuse or misuse alcohol. Due to the widespread general acceptance of the terms “alcoholism” and “alcoholic” these terms will be used interchangeably throughout the article.

What Are The Effects of Alcohol? 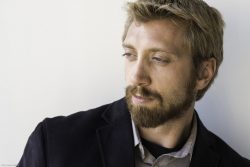 Diminished focus is a common side effect of alcohol.

Two-thirds of the Americans occasionally consume alcoholic beverages. While many do not think of alcohol as a drug; ethyl alcohol is a chemical compound that quickly passes from the stomach and intestines to the blood stream and then to the central nervous system. It then suppresses those areas of the central nervous system that manage judgment and control impulsive behavior. The chemical compound causes you to become talkative, friendly and perhaps even giddy. As the alcohol courses through your body, your fine motor skills deteriorate, your blood vessels dilate and your skin flushes. The more alcohol you consume, the more the side-effects you experience such: the inability to make rational choices, impaired memory, motor instability (stumbling), increased light sensitivity, loss of peripheral vision, poor judgment and diminished focus, which can impair your driving ability and cause accidents and/or even death in some instances.

How Much Alcohol Does Someone Typically Consume?

According to 2005 statistics, the average person, age 15 years and older, consumed approximately 6.13 liters of pure alcohol. The highest levels of alcohol consumption that year were found in the Northern Hemisphere, Argentina, Australia and New Zealand. Statistics on alcohol consumption in the United States found that American consumed approximately 1.2 gallons of beer, 0.38 gallons of wine and 0.73 gallons of spirits (whisky, gin, etc.) for a total of 2.31 gallons of alcohol in 2007.

How Does Alcoholism Affect Your Life?

Alcoholism can have devastating effects on your relationships, career and/or well-being. Adult children of alcoholics are at risk for anxiety, depression, phobias and/or alcohol and drug dependencies.
More than one-third of suicides involve alcohol and two-thirds of murders, assaults, rapes and/or accidental deaths involve alcohol and drugs. According to National Institute on Alcohol Abuse and Alcoholism, approximately 100,000 people died in alcohol-related traffic fatalities in 2004.

What Are The Signs of An Alcohol Addiction?

An alcohol addiction does not develop suddenly; becoming an alcoholic is a gradual process and one that you often do not realize is happening.

Here is a simple four question survey called the CAGE survey. This survey can be used to determine whether or not your alcohol use has become a problem.

Where Can I Find Help With My Alcohol Dependency?

You can seek help from Alcoholics Anonymous (AA), a 12-Step alcohol recovery treatment program. AA has been providing support and moral and spiritual guidance to hundreds of thousands of people since it began in 1935. Membership is anonymous so it is unknown exactly how many people have passed through one of 12-Step AA programs. According to AA, there are nearly 60,000 groups in the United States, 644 in Canada and nearly 45,000 internationally. In 2001, over two million people, including nearly 40,000 prison inmates, were members of Alcoholics Anonymous.

The founders of Alcoholics Anonymous did not believe that a person could recover from alcoholism on their own; instead they believed that recovery came in the form of acknowledging the problem and accepting his/her powerlessness in the situation and his/her dependence on a higher power for recovery.

In contrast, SMART Recovery® takes a very different approach to alcohol addiction treatment. This type of treatment program relies on Albert Ellis and his rational emotive behavior therapy (REBT). SMART Recovery® provides the tools and techniques that can encourage you to “enhance and maintain motivation, cope with urges, manage thoughts, feelings and behaviors, and live a balanced life.”

Where Can I Find Additional Information On Effective Alcoholism Treatments?

You can find more information on Alcoholics Anonymous (www.aa.org). The website offers helpful information on various 12-step programs in your local area and within the United States.

You can find information about SMART Recovery® (www.smartrecovery.org).

In addition, there are numerous books available on alcoholism such as: “Everything I Never Wanted to Be: A Memoir of Alcoholism and Addiction, Faith and Family, Hope and Humor,” by Dina Kucera.

A related article can be found at: (www.disorders.org/alcoholism/psychological-approaches-to-drug-and-alcohol-addictions/)