What is Borderline Personality Disorder? 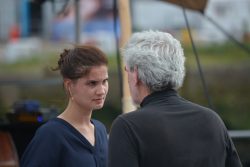 Borderline personality disorder can cause serious problems in your relationships.

If you have this disorder you may live every day in a psychological state of crisis in which your emotions have seemingly gone haywire. You may believe that everything and everyone is either all good or all bad.

Borderline personality disorder is rooted in constant, agonizing self-doubt and a poor self-image. You may believe that you are worthless. It may be hard for you to understand why anyone would want to be with you or love you. To protect yourself from abandonment, you may end a happy relationship and then reunite with your loved one – a pattern that is often repeated over and over.

In addition, you may behave negatively towards others as a way of testing their love for you.  In order to pass the “test,” your friends and family members may have to endure your angry accusations, infidelities and/or hostility. You may also hurt and alienate others and experience emotional pain and/or severe depression, resulting in acts of self-mutilation, substance abuse, reckless sexual encounters and/or suicide ideation.

It is believed that Adolf Hitler, Princess Diana and Marilyn Monroe all displayed the emotional volatility and erratic behavior so often seen in borderline personality disorder.

Many books have been written about this disorder; two of the most popular and informative are: I Hate You–Don’t Leave Me: Understanding the Borderline Personality and Stop Walking on Eggshells: Taking Your Life Back When Someone You Care About Has Borderline Personality Disorder and Girl, Interrupted by Susanna Kaysen. Girl Interrupted focuses on a young woman’s experiences in a mental hospital following a diagnosis of borderline personality disorder. The book takes place in the 1960s. The book was eventually made into a film starring Winona Ryder.

How Common is Borderline Personality Disorder?

The exact number of people with this disorder is unknown at this time, but it is believed that approximately 1 to 2% of the general population suffer from borderline personality disorder. Women are diagnosed with the disorder more often than men.

The development of borderline personality disorder begins as early as infancy. Neglectful and/or abusive parents or caregivers can cause serious, lifelong problems such as low self-esteem and/or a fear of abandonment. Furthermore, multiple, constantly changing parental figures and/or brief relationships can create insecurity in children that could develop into a borderline personality disorder later in life.

There is also evidence that borderline personality disorder could be caused by biological factors. Individuals diagnosed with this disorder have been known to attempt suicide or display aggression – behaviors that have been linked to low levels of serotonin.  Additionally, brief episodes of psychosis often associated with borderline personality disorder may be caused by reduced levels of dopamine in the brain.

What Treatments are Available for Borderline Personality Disorder?

The suggested treatment for borderline personality disorder includes both behavior therapy and medication. Therapy can teach you how to develop better impulse control and reduce aggressive behavior. You may also learn to be less sensitive to criticism and real or imagined rejection. Counseling is often used to improve social skills. While psychotherapy tends to be effective for borderline personality disorder, it can also be problematic if you refuse to acknowledge or recognize that you display these types of behaviors.

In some severe cases, hospitalization may be necessary – particularly if there are problems with in your home environment. The controlled inpatient setting which includes daily interaction with other patients and mental health professionals as well as intensive individual and group therapy can be very effective for your recovery if you display impulsive and self-destructive behaviors.