How Purging Disorder Differs from Anorexia Nervosa and Bulimia Nervosa 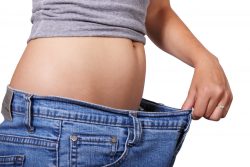 Purging disorder is associated with a preoccupation with body weight and self image.

Purging disorder shares many similar characteristics with both anorexia and bulimia. With all of these eating disorders, people afflicted are preoccupied with body weight and self image. They make significant efforts to control their weight in attempt to meet unrealistic goals. People with these eating disorders are also afflicted by feelings of guilt for eating.

The most common method of purging is vomiting. However, there are other ways that a person with this eating disorder may purge after meals, including improper use of:

Note that any of these ways of purging can take place or be performed for various reasons. Purging disorder does not include proper or natural methods of purging, such as enemas for health reasons or vomiting as a reaction to illness.

There is currently insufficient evidence about the causes of purging disorder though it may be inferred that the causes are of a similar nature to the eating disorders anorexia and bulimia. These causes may include biological factors including genetics and neurotransmitter imbalances as well as psychosocial factors such as unstable home lives or sexual abuse.

Currently, there is not clinically significant evidence dictating the treatment of purging disorder. Thus, many physicians may use the established treatments for bulimia or anorexia for purging disorder. These treatments may consist of cognitive behavioral therapy, medications, and nutritional counseling. Purging disorder is not typically treated with hospitalization as patients are of a normal weight.