Night eating syndrome is a type of eating disorder in which afflicted people constantly eat throughout the night but do not eat much or at all during the day.  The disorder was first recognized by Dr. Albert Stunkard in 1955 and he has been the leader in researching the disorder and advocating for its inclusion in the DSM.   Dr. Stunkard believes that night eating syndrome is a combination of three types of mental health disorders: a mood disorder, eating disorder and sleep disorder. 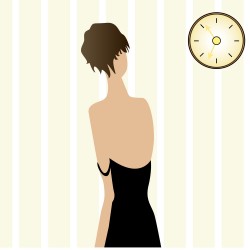 Experts believe that night eating syndrome is caused by hormone and chemical imbalances in the brain, not from behavioral problems such as a food addiction.  Studies of patients diagnosed with night eating syndrome have shown that they have low levels of the hormones melatonin and leptin at night, which are linked to sleep and hunger regulation. Their levels of the hormone cortisol were elevated, which is linked to stress.

Dr. Stunkard believes that people with night eating syndrome are consuming carbohydrates as a natural self-medicating technique.  When carbohydrates are eaten, the body produces more insulin which in turn increases the level of the natural chemical tryptophan.  These chemicals are used for making serotonin, a neurotransmitter which is directly linked with feelings of well being.  Serotonin is then converted into the hormone melatonin which helps promote sleep.  By eating carbohydrates, people with night eating syndrome are counteracting their melatonin imbalances.

Many people with night eating syndrome may not realize that they have a mental health disorder, instead thinking that they have a weight problem.  They are more likely to seek treatment for weight loss rather than for the underlying problem.  As night eating syndrome is believed to be caused by chemical and hormonal imbalances in the brain, weight-loss programs or behavioral modification methods are likely to be effective in treating this disorder.

When night eating syndrome is diagnosed, it is most commonly treated with medications.  As people afflicted with the disorder have low levels of the natural chemicals melatonin and leptin, it is possible that these chemicals can be used as treatment.  Most commonly though, selective serotonin reuptake inhibitor (SSRI) antidepressants are prescribed for night eating syndrome. These SSRI antidepressants work by slowing down the process of re-absorption of serotonin after it has been released in the brain, thus making more of it available.  Serotonin gets converted into melatonin which promotes sleep.