Sedative-hypnotics are the most commonly prescribed drugs in the United States which fall in the psychoactive drug category. It has been estimated that about 12.5% of all adult population has used an anxiolytic which was prescribed to them in the duration of a year. Another survey shows that about 2% of the whole population takes one each day. Out of the total number of prescribed drugs such as benzodiazepines, more than half are prescribed to patients by primary care doctors and physicians. The Diagnostic and Statistical Manual of Mental Disorders proposed fifth revision recognizes Sedative-hypnotic disorder as a mental disorder0.

The percentage of people who use these drugs in an illicit manner is approximately 6%. The highest lifetime prevalence age group in case of sedatives and tranquilizers is from 26 years to 34 years. Surveys have shown that people within the age group of 18 to 25 years have used some form of these drugs in previous years.

There are two main categories in which people that become dependent upon sedative-hypnotics fall into. These categories have been enlisted as follows: 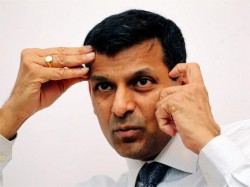 Sedative-hypnotic disorder treatment is available to help you!

Patients that have been prescribed sedative-hypnotics for some form of symptomatic treatment of a particular psychiatric condition are classified under the first category. There is a high risk of these patients developing dependency to these sedative-hypnotic drugs, especially in case they have a history of drug abuse or alcoholism. These patients may develop dependency to the drug if they are prescribed for a duration that exceeds the span of a month. A genetic predisposition to dependency of benzodiazepine is common among patients that have a family history of alcoholism. There is no reason to think that benzodiazepine users who have been using the drug for a long duration of time have the potential to become abusers unless there is a confirmed evidence of dose escalation in order to produce enhanced effects or intoxication.

Patients who take sedative-hypnotics in combination with alcoholism or any other form of poly-drug abuse and dependency fall under the second category. At times, some of these patients may use the effects of benzodiazepine in order to manage and treatment insomnia or chronic anxiety, or to increase and magnify the effects of euphoria produced by most opioids, and also in order to decrease the withdrawal symptoms that may be related to the use of cocaine.

Barbiturates are generally subject to more strict federal regulations and are hence not used too commonly in the United States. It is for this reason that benzodiazepines are more commonly abused and have a greater rate of dependency as a result of the fact that they are frequently prescribed.

Benzodiazepines are perceived to be safer due to a greater therapeutic index ratio and decreased curves of dose response as compared to other drugs. A large number of coma cases as well as those of respiratory depression are associated with the use of CNS depressants.

The signs and symptoms of people intoxicated by sedative-hypnotics include:

The treatment from withdrawal involves withdrawing the agent slowly in order to avoid convulsions or other side effects. At times rehabilitation centers or hospitalization may be necessary to aid in withdrawal.

Sedative-hypnotic drugs: risks and benefits by The National Institute on Drug Abuse