Depression and mania are not the only problems that you may experience if you have this disorder. You may be diagnosed with what is called a “comorbid” condition, which means that you have two or more illnesses at the same time. Alcoholism is the most common “comorbid” condition associated with manic depression. On average, your depressive and manic phases may occur less than a dozen times in your lifetime, however approximately 20% of people who have the disease describe it as “rapid cycling,” meaning that you can go from mania to severe depression and back as many as four times a year. For reasons that have not yet been determined, this is more common in women than in men.

How Many People Are Affected With Manic Depression? 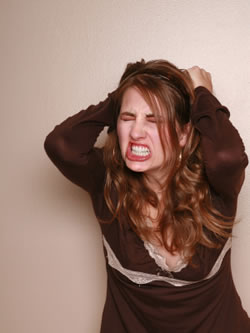 There is treatment to treat your manic depression

During periods of mania, you may appear to be excessively excited and euphoric; you may move quickly and appear constantly busy. Your speech may be “pressured,” which means you may experience rapid speech and become irritated when you are interrupted. You may also jump from one idea or plan to another; the slightest distraction may divert your thoughts. In addition, you may rarely sleep and/or appear overly confident.

In extreme cases, your self-inflated notion regarding your “abilities” may lead you into dangerous situations placing yourself as well as others in danger. Most importantly, you may feel so wonderful that you refuse to believe that you are ill – prompting you to quit taking your medications.

Dr. Kay Redfield Jamison, a professor at Johns Hopkins School of Medicine, wrote a book about her own lifelong struggle with bipolar disease. She said that “there is a particular kind of pain, elation, loneliness, and terror involved in this kind of madness. When you’re high it’s tremendous. The ideas and feelings are fast and frequent like shooting stars, and you follow them until you find better and brighter ones.” Since her recovery, Dr. Jamison has become a spokeswoman for bipolar disorder. Watch this video at youtu.be/CxRLap9xLag, in which she describes the astounding highs and the devastating lows of this disorder.

Depression episodes that occur when you have manic depression are characterized by a loss of interest in activities that you once enjoyed, lethargy, changes in eating and/or sleeping habits, suicidal ideation, anxiety and/or problems making decision or concentrating for long periods of time. Bipolar II disorder symptoms can be more difficult to detect because they are not marked by extreme mania. Rather, the hypomania can appear as periods of productivity.

There is significant evidence that manic depression may be caused by a genetic component, however the exact cause is still undetermined. There is also evidence that this disorder may be caused by abnormal brain activity. Environmental factors such as personal traumas are linked to this condition, as well. In most likelihood, manic depression is caused by a combination of genetic, environmental and biological factors.

What Manic Depression Treatments Are Available?

The first step in the treatment of bipolar I is the hardest. If you are experiencing mania, you may not recognize that you are ill. You may appear productive and have all of the answers. Once treatment starts, the first goal is to stabilize your moods. Anti-depressants are usually prescribed, but caution is advised because these medications can cause a sudden jump from depression to mania.

Lithium is typically prescribed for long-term treatment. This medication has proven to be very effective; in fact, studies have shown a 700% reduction in the rate of suicide with people using lithium. However, if you experience a psychotic episode, both anti-manic and anti-psychotic medications are prescribed.

It is important to note that medications can be toxic if not prescribed or taken properly. It is so crucial for you to seek treatment from an experienced mental health professional, if you believe that you have manic depression. Never self-medicate.

If you have manic depression, you will need treatment indefinitely. Once you feel better, you may discontinue your medications, which only lead to an increase of symptoms. Frequent relapses that are more severe and resistant to treatment will occur if you abruptly stop your medications is stopped without medical supervision.