Am I a Functioning Alcoholic? – When to Consider Treatment Help

Alcohol abuse disorders take many forms, from the functioning alcoholic to the person whose life has been left in ruins. Likewise, when patterns of drinking start to take shape in a person’s life, alcohol’s damaging effects aren’t readily apparent at the outset, but rather evolve over time.

While alcohol’s effects may not be apparent for the time being, continuing on in this vein only increases the likelihood of problems down the road. Understanding how alcohol essentially tears down a person’s physical and mental health can help you or someone you know avoid the pitfalls that await the functioning alcoholic. 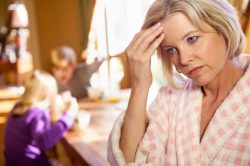 Over time, a functioning alcoholic will start having trouble managing stress.

More than anything else, the alcoholic designation most depicts the functional alcoholic’s prognosis when it comes to his or her overall well-being. According to New Mexico State University, with most functioning alcoholics, drinking behaviors have reached a point of excess and may well be within the middle to late stages of full-blown alcoholism.

While he or she may have lots of friends, take an active role in the community and even excel career-wise, this high degree of functioning may lead friends, associates and loved ones to overlook the seriousness of a person’s drinking behaviors.

As productive and in control a functional alcoholic may appear, these traits typically don’t extend past his or her work environment. Conditions in non-work-related life areas likely paint a clearer picture of alcohol’s damaging effects, such as:

With continued drinking, it’s only a matter of time before these “behind-the-scenes” effects of alcoholism start to bleed into a person’s ability to function effectively in the workplace.

Not sure if your insurance will cover your treatment costs? Call our helpline at for more information.

The stages of alcoholism reflect the gradual decline in physical and psychological functioning brought on by the effects of drinking. Once a pattern of drinking starts to emerge, the brain’s tolerance levels steadily increase while physical changes take place within the body. During this time, signs of alcohol abuse are minimal.

Alcohol Addiction Symptoms You May Be Ignoring

According to the U. S. Office of Personnel Management, both early and middle stage drinkers exhibit little to no signs of alcohol’s damaging effects. What most distinguishes early and middle stage alcoholism has to do with the reason why a person drinks. During the early stages, drinking provides a source of relief and relaxation. During the middle stages, these effects start to wane as alcohol withdrawal effects start to surface. At this point, the functional alcoholic drinks to gain relief from uncomfortable withdrawal effects more than anything else.

With late stage alcoholism, the functional alcoholic starts to show signs of decline in the workplace as the effects of drinking start to interfere with his or her:

Ultimately, a functional alcoholic meets with the same ends as anyone else who drinks in excess on a regular basis. For these reasons, getting needed treatment help in a timely manner is essential to getting ahead of a drinking problem before a full-blown alcohol addiction takes over.

If you suspect you or someone you know may be a functional alcoholic and need help finding a treatment program that meets your needs, please feel free to call our toll-free helpline at to speak with one of our addictions specialists.