A diagnosis of antisocial personality disorder is centered on irresponsible behaviors that can include breaking laws, failing to pay debts and/or acts of aggression. In contrast, psychopathy is an emotional and cognitive construct, which means the emphasis is on the thoughts and feelings of the individual.

What is Antisocial Personality Disorder?

Antisocial personality disorder is characterized by a lack of ability to conform to social norms.

Diagnosis of this disorder can be made based on several other symptoms. First, you must have an attitude of disregard for the rights of others and corresponding behaviors must have started no later than the age of 15 and must include three or more of seven distinct symptoms: 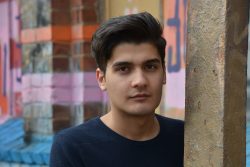 Someone with antisocial personality disorder will lack remorse for their actions.

There must also be a history of conduct disorder prior to age 15 and at the time of the current evaluation, you must be at least 18 years of age or older. And finally, the acts must not have occurred solely during the course of schizophrenia or an episode of mania.

If you have this disorder, you may not consistently display irritability and aggression. In fact, you may appear pleasant, deferential and/or charismatic. Experts describe this as a “mask of sanity,” in which you conceal your selfish attitude and lack of remorse from others. Your personal situations may be difficult, but you will not display any signs of anxiety or depression. In addition, you may behave in a promiscuous and/or abusive manner with your significant other, spouse and/or children, but feel no remorse and if given the opportunity blame others for your behavior. You may not appear delusional or irrational and you may appear very intelligent and/or articulate.

If you have antisocial personality disorder, you will more than likely be very persuasive. You may succeed in convincing others to join your unethical schemes. Bernard Madoff, investment advisor and business man was convicted of swindling hundreds of people out of billions of dollars over a period of decades. At his trial, he seemed quite unconcerned that his actions caused the ruin of those who considered him to be a trusted friend and advisor.

In the early part of the 20th century, Carl Panzram, a convicted serial killer and rapist, confessed to the murder of over 20 men and the rape of what he claimed were thousands of others including boys as young as twelve. His statement at the time epitomizes antisocial personality disorder: “In my lifetime, I have broken every law made by both man and God. If either had made any more, I should very cheerfully have broken them also.”

In addition to Panzram, Ted Bundy, Charles Manson, as well as scores of other convicted serial killers fit the diagnostic criteria for antisocial personality disorder.

How Common is Antisocial Personality Disorder?

Antisocial personality disorder appears in less than 1% of the general population (current estimate is 0.6%), with three times as many men diagnosed than women. However, it is estimated that as many as 75% of prison inmates could be diagnosed with this disorder.

Those who have been diagnosed or who evidence the symptoms of antisocial personality disorder rarely, if ever, seek treatment. However, because rehabilitation is an important role of the penal system, many convicted felons with this disorder receive treatment while incarcerated. Hospitalization also lends itself to treatment; in both of these circumstances, experts say that antisocial personality patients find individual psychotherapy and group therapy with those they consider to be their peers acceptable and relatively successful.

If you feel that you may have this disorder and decide to seek treatment, cognitive and/or behavioral therapies have proven successful. Psychological therapies may be combined with medications. Anti-depressants, mood-stabilizers and anti-psychotic medications are prescribed to eliminate or at least reduce symptoms of rage, agitation and/or depression. These medications must be prescribed with caution because they can lead to substance abuse in some individuals.

If you have a family member with antisocial personality disorder it is important that you and other family members and friends, seek professional assistance. Counselors and therapists can help you protect yourself from the emotional and physical (aggression, violence and anger) toll that comes with having a loved one with antisocial personality disorder. Support groups can be particularly helpful.

Where Can I Find Additional Information on Antisocial Personality Disorder?

The Experience Project (www.experienceproject.com/groups/Have-Antisocial-Personality-Disorder/89221) offers discussion forums, FAQ’s, personal stories about living with this disorder and much more.