The usage of MDMA, commonly known as ecstasy is becoming a health concern of increasing importance today. MDMA has been classified as a hallucinogen in the United State of America, and comprises of lysergic acid diethylamide, phencyclidine which is commonly known as angel dust, psilocybin, peyote and mescaline. MDMA usage has been known to cause mortality and morbidity, especially during the past decade, whereby the number of cases being rushed to hospital emergencies has increased dramatically.

Hallucinogens like MDMA are potent neurotoxins and have long lasting neurotoxic effects on humans. Repeated use of the substances can make a person susceptible to neuronal damage and can also cause conditions like mood disorders, depression, memory disturbances and impulsiveness. This happens because of the depletion of serotonin caused by these substances, which is an important mood regulating hormone in the body.

Ecstasy or MDMA is most commonly used by teens and young adults in parties or in group settings. The drug is very popular among the younger generation despite the known risks associated with its usage.

If a person uses hallucinogens, he or she may experience anxiety, increased impulsiveness, depression and memory problems. These symptoms can also continue after the substance has been stopped. Most people who indulge in the usage of hallucinogens are cigarette smokers, alcohol users and usually indulge in other risky behaviors. This combination can be deemed very dangerous. 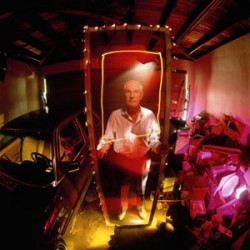 The effects of hallucinogen disorder can be miserable.

The criteria for the diagnosis of Hallucinogen Use Disorder are the following according to the Diagnostic and Statistical manual of mental disorders (Proposed 5th Revision):
A pattern of the use of hallucinogens that can lead to the development of distress or clinically significant impairment, confirmed by 2 or more of the following manifestations which occurs over a duration of 12 months:

Another prominent manifestation is tolerance, which can be described as one of the following:

There are no established signs and symptoms of withdrawal in case of hallucinogens and hence this criterion does not apply.

Ecstasy or MDMA is a potentially life threatening drug and it is always very dangerous to use. It causes mental addiction therefore in most cases rehabilitation is necessary for the patient to get over the addiction.