Do You Have an Alcohol Use Disorder?

It feels pretty normal to have a few glasses of wine with a nice dinner, a few beers when enjoying a beautiful day on the patio, or a few cocktails when you hit a club or party. Those activities may have been entirely harmless, depending upon your other drinking patterns.

However, the US National Library of Medicine reports 18 million adults in America have an alcohol abuse disorder, which includes both alcoholism (alcohol dependence) and alcohol abuse. These disorders have a negative impact on the way you live your life and some rather serious health consequences.

If you or someone you love has an alcohol abuse disorder, you are facing some serious long-term health effects. To decrease the likelihood that your health, your home life, your professional, or your educational wellbeing will be endangered, you need to seek treatment. Disorders.org can help. Contact us at 800-598-5053 (Who Answers?) to speak with an expert that can connect you to resources.

Alcoholism, or alcohol dependence, is a disease that, according to the US National Library of Medicine, causes:

Alcohol abuse, however, does not include a physical dependence upon alcohol. It is, nonetheless, a serious problem. Alcohol abuse will lead to problems in various aspects of your professional and personal life. It may also place you in dangerous situations that threaten your safety. You may even run into legal trouble. 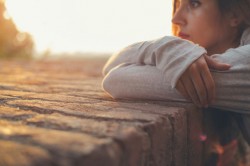 Experiencing withdrawal symptoms such as depression and anxiety after using alcohol is a sign of an alcohol use disorder.

Binge drinking is another form of dangerous alcohol use. The National Institute on Alcohol Abuse and Alcoholism defines binge drinking as a pattern that brings your blood alcohol concentration to .08 (the legal limit in most areas) or above. Generally, this works out to five or more drinks within two hours for men or four or more drinks for women. Obviously, weight is a factor that will increase or decrease this estimate.

Recent studies show that even a single incident of binge drinking poses health risks, including gut leakage into the blood stream and immune system effects.

Do I Have an Alcohol Use Disorder?

When determining whether or not your drinking is reflective of an alcohol use disorder, the National Institute on Alcohol Abuse and Alcoholism suggests asking yourself the following questions.

In the past year, have you:

If these symptoms are familiar to you and you answered “yes,” your drinking is concerning. The more questions you answered with a “yes,” the more quickly you need to change your relationship with alcohol. Seek out a professional who can conduct an assessment of your symptoms and determine whether or not you have an alcohol use disorder.

For help contacting medical professionals in this field, contact Disorders.org at 800-598-5053 (Who Answers?) .