It is normal for you to rely upon others for physical and emotional support. However, in some cases, this dependency can become excessive and unhealthy.

What is Dependent Personality Disorder?

If you have dependent personality disorder, you depend on others to help you fulfill your physical and emotional needs. Diagnosing a dependent personality disorder can be complicated because it is normal to be dependent on others from time to time and for certain wants and needs. In addition, the amount of dependency which is considered normal varies greatly between cultures, social-economic backgrounds, and also amongst gender roles.

If you have this disorder, you may become dependent on a specific person such as a family member, spouse and/or friend. However, the specificity of the person does not always matter. For example, if you have this disorder and an important relationship ends, you may become so dependent on the next person that you become undesirable. It is the attachment that matters – not the person of attachment.

Characteristics of a Dependent Personality Disorder: 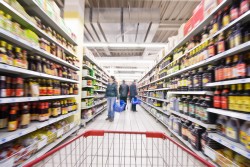 Dependent personality disorder can leave you dependent on a close friend or loved one.

Despite the variance in dependent personality disorder diagnoses, there are some common traits that occur among people with the disorder such as: assuming the “helpless” role in relationships, inability to cope with life’s challenges, feelings of low self-worth, self-confidence and/or self-esteem and little to no ambition.

If you have this disorder, you may be very submissive to others. This submission can include tolerance of behaviors which would normally be unacceptable to others such as: putting up with verbal or physical abuse. In addition, you may volunteer for unpleasant or burdensome tasks in order to gain approval from others.

How is Dependent Personality Disorder Diagnosed?

The Diagnosis and Statistical Manual of Mental Disorders (DSM IV), states that in order to be diagnoses with dependent personality disorder, you must meet at least five of the following conditions:

How Common is Dependent Personality Disorder?

How is Dependent Personality Disorder Treated?

Dependent personality disorder is most commonly treated through psychotherapy. The goal of the therapy is for you to be able to assert autonomy, but still be able to maintain relationships with others. During therapy, you are encouraged to recognize your patterns of dependency and see how the dependency is negatively affecting your life. You are then encouraged to find other ways of maintaining relationships. Cognitive behavioral therapy treatment is beneficial for helping you learn how to work with others instead of being submissive to others.

What is the Prognosis for Dependent Personality Disorder?