5 Drinking Habits That Can Lead to Alcohol Abuse

Drinking has all but become an American pastime that fits with most any occasion, be it social gatherings, celebrations or as a mealtime beverage. While alcohol poses little to no harm when consumed in moderation, certain habits or patterns of drinking can place a person at risk of developing an alcohol abuse problem.

Knowing these habits and their effects can help you prevent a seemingly harmless indulgence from turning into a serious problem.

Call our toll-free helpline at for information on alcohol rehab treatment options.

5 Habits That Lead to Alcohol Abuse

1. Drinking to Recover from a Hangover 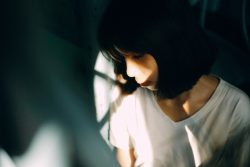 Drinking to relieve hangover symptoms can lead to an alcohol abuse cycle.

According to the National Institute on Alcohol Abuse & Alcoholism, consuming large amounts of alcohol greatly disrupts the brain’s chemical system. A hangover, also known as withdrawal, results from the state of chemical imbalance left behind by alcohol’s effects.

While drinking more will alleviate withdrawal symptoms, doing this on a repeated basis creates prime conditions for a cycle of alcohol abuse to take root.

Alcohol produces relaxing effects through its ability to stimulate GABA neurotransmitter production in the brain. For people with high stress jobs or hectic lifestyles in general, it can be easy to fall into a pattern of having a drink to wind down after work.

While alcohol will help reduce stress levels, it can also destabilize the brain’s stress center over time. Since this center is responsible for regulating the body’s stress response, using alcohol as a stress reliever can cause this area to become dependent on alcohol’s effects to function normally.

Regular patterns of drinking destabilizes these chemical systems, creating a pattern of alcohol abuse over time. So someone who drinks to relieve anxiety not only weakens the brain’s ability to maintain calm but will also become dependent on alcohol’s effects to manage feelings of anxiety.

Am I a Functioning Alcoholic? – When to Consider Treatment Help

People susceptible to depression states can be especially vulnerable to alcohol’s ability to create feelings a euphoria and well-being. Under these conditions, drinking to enhance one’s mood state can actually worsen feelings of depression over time.

As the brain naturally develops a tolerance to alcohol’s effects, as feelings of depression worsen, increasingly larger amounts of alcohol must be consumed to produce the desired effects.

Over time, patterns of drinking can evolve into a full-blown addiction problem. Once addicted, one comes to need alcohol’s effects to face the demands of the day.

Before long, a person reaches the point of actually believing he or she can’t cope with daily life without alcohol’s effects.

If you’re struggling with alcohol abuse and are considering getting treatment help, call our helpline at to speak with one of our phone counselors.