According to Taber’s Medical Dictionary, a psychosis is a “mental disorder in which there is a severe loss of contact with reality.” It goes on to say that a psychosis can cause delusions, hallucinations, and various forms of bizarre behavior.

What is the Difference Between Psychosis and a Psychological Disorder?

An episode of psychosis does not necessarily mean that a psychological disorder is present. Psychoses can occur in healthy patients, such as during periods of great stress, lack of sleep, or during bereavement. Psychoses can also occur due to physical health reasons which are unrelated to the psyche. For example, a brain tumor can cause psychosis.

Signs of psychosis can include: 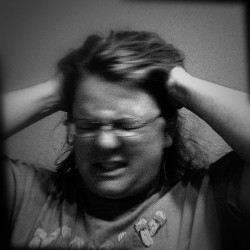 People with a psychosis may engage in what is called “magical thinking,” meaning that they may believe that their thoughts or words can cause things to happen. They may have delusions of persecution or grandeur; they may think that the television newscaster is speaking to or about them. In short, the world in which the person with depression or anxiety is living may be very unpleasant, but it is real.

Most experts believe that there is not one single factor that causes the development of a psychosis. Instead, a nervous system dysfunction can combine with other physical factors, such as an infection, an emotional stressor such as the loss of a loved one, financial difficulties, substance abuse or trauma to create the perfect storm of a psychotic episode.

Some of the many identified causes of psychosis include: 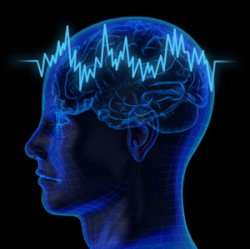 The presence of a psychosis can often be detected through interview. A scale for assessing the severity of psychosis called the Brief Psychiatric Rating Scale (BPRS) is used to analyze 18 components of the psychosis.

Diagnosing psychosis often is directly related to diagnosis of the underlying cause of the psychosis. If a non-psychological psychosis is suspected, then a doctor may perform blood tests, drug screening, brain scans, or other tests.

What Treatments are Available for Psychosis?

Unlike psychological disorders such as anxiety and depression, talk therapy is not a first step in the treatment of a psychosis. The foremost goal of treatment is to control the psychotic symptoms. Most typically, medications such as psychotropic drugs are used to achieve this. In severe cases or when the patient is at risk of harming his/herself or others, hospitalization may be necessary. When psychotic patients are unresponsive to medications, then electroconvulsive therapy has shown effective when the psychosis is linked to depression.

There is mounting evidence that behavior therapy can help patients deal with psychoses. However, therapy alone is rarely successful in controlling symptoms. It can help patients and their families learn coping techniques for dealing with the disorder. Depending on the actual cause of the psychosis, therapy may be effective for curing the underlying condition. Other forms of therapy, such as animal-assisted therapy, can help improve the quality of life and feelings of happiness in people with psychological psychoses.

Where Can I Find Additional Information on Psychosis?

In the United States, one very helpful source of information can be found at the website of the National Alliance on Mental Illness (http://www.nami.org/). You can read about treatment options, support groups and more as well as contact information for the NAMI in your state or local area. http://psychcentral.com/ has a wealth of material about both psychoses and psychological disorders.

Another wonderful source for families can be found at http://heretohelp.bc.ca/publications/factsheets/psychosis-recovery

Morrison, J. (2002). Straight Talk About Your Mental Health: Everything You Need to Know to Make Smart Decisions. New York: The Guilford Press.