The main features of substance induced anxiety disorder are panic attacks, phobias, anxiety and/obsessions and compulsions . All of these symptoms are known to be caused due to the action of psychoactive substances. There are many substances that can cause symptoms of anxiety while producing the effects of intoxication, or while the person is under complete influence of the drug. These may also be caused during drug withdrawal that is, when a person discontinues the use of that particular drug.

Various subtypes and categories of substance induced anxiety disorders include: 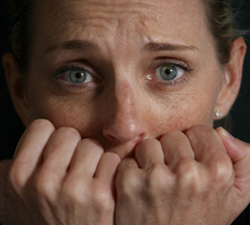 Substance induced anxiety disorder is mainly induced by the action of various drugs which include excessive alcoholism, toxins and medication. Some of the symptoms of anxiety can be caused by alcohol intoxication, cannabis use (also commonly known as marijuana), caffeine, different hallucinogens, amphetamines and other related drugs, cocaine, various inhalants, PCP or phencyclidine and products that are made from it, along with several other less common substances.

Withdrawal from hypnotics, alcohol, anxiolytics, sedatives and various other substances can also lead to the development of different symptoms of anxiety in an individual. There are a number of medicines that can give rise of symptoms of anxiety as well, these include sympathomimetics which include norepinephrine and epinephrine for instance, different analgesics and anesthetic agents, oral contraceptives, anticonvulsants, bronchodilators, medication for Parkinson’s disease, antihistamines, anticholinergic agents, thyroid drugs and insulin, corticosteroids, lithium carbonate, medicines for cardiovascular conditions, antidepressant drugs, as well as some antipsychotic drugs. Different toxins and heavy metal preparations such as paint, insecticides, fuel, carbon monoxide, nerve gases and carbon dioxide also have the potential to give rise to different symptoms of anxiety.

It is important to note that there is a prominent difference between substance induced anxiety disorder and an anxiety disorder which results from a medical condition. The difference mainly lies on the basis of clinical manifestations and diagnosis. There are a number of conditions in medicine which include hypoglycemia, hyperthyroidism and hypothyroidism which can individually give rise to the different symptoms of anxiety because the patients that suffer from these conditions regularly take medication against them as well.

Therefore the diagnosis of the disorder becomes rather difficult as the cause in some cases cannot be determined. The diagnosis of the anxiety disorder because of a general medical condition is only confirmed if the symptoms have been determined to be caused as a result of the medical condition or disease. It is also important to know that there are prominent differences between substance induced anxiety disorder , primary psychotic disease, withdrawal from intoxication drugs, dementia and delirium.

There is not much information related to the demographics of substance induced anxiety disorder . It is certain however, that the disorder is most commonly found, and likely to occur in people who frequently abuse drugs or alcohol.