Brief psychotic disorder is a psychiatric illness in which a person experiences a full psychotic episode that is short lived.  According to the Diagnostic and Statistical Manual of Mental Disorders, 4th edition. Brief psychotic disorders is defined as a mental illness that lasts from one day to one month, with the patient eventually returning to a pre-morbid level of functioning.

This is also known as brief reactive psychosis and it usually occurs in response to major stress or a traumatic incident. It can occur to anyone as a reaction to a major stressor such as death of a close relative or spouse, an assault or robbery, a major accident or even after natural disasters such as an earth quake or flooding. These reactive psychotic episodes are the response a person shows after the traumatic incident. It usually resolves within a few weeks but does require medicine and therapy.

This kind of brief psychotic disorder occurs post partum, mostly within four weeks of delivering a baby. This type of BSD can last for months and is very different from post partum depression. Actual psychotic symptoms develop in women with post partum psychosis. 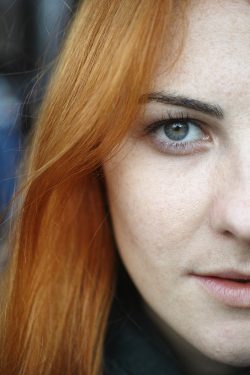 Delusional thoughts are a common symptom of brief psychotic disorder.

Hallucinations: these are sensory perceptions[3] that can be of objects, people and other things that are in reality not present. When experiencing hallucinations a patient can hear voices, feel sensations on the skin when nothing is actually touching the body, and see things that are not actually there. Hallucinations tend to be so real when a person experiences them during a psychotic episode that there is confusion between what is real and what is not.

Delusions: delusions are beliefs that are false that a person simply does not deny, even when all the facts that contradict them are present. In psychosis delusions can be of many types and a person experiencing a brief psychotic disorder can also experience paranoid delusions as well.

Disorganized Thought Process: a person experiencing a brief psychotic disorders is not able to think in an organized manner. Everyday tasks become very difficult to carry out. Decision making is also very difficult for the patient.

Disorganized Speech: in the olden days “speaking in tongues” was often linked with a demonic possession instead of a mental illness. In brief psychotic disorder due to the disorganized thought process language can also get confused and a person may say things that don’t make any sense at all.

Self-Neglect: a person is unable to take care of his or her needs like hygiene, shaving, cutting nails, bathing or dressing properly. Some people may even forget to eat food or drink water and can actually enter a state of starvation.

Confusion and Disorientation: these two symptoms are also very prominent as a person experiencing a Brief Psychotic Disorder will feel extremely confused disoriented and not know the reason why. Not being able to recall properly also adds to the overall confused state.

Symptoms of Severe Anxiety: the person may act restless and pace continuously and not be able to sit still.

Other Symptoms: there may also be changes in the person patterns of sleep, eating habits, levels of energy and there may be a loss or gain in weight.

Brief psychotic disorder is seen more often in family members who have mood disorders like bi-polar disorder. A genetic link is suggested but it can also be triggered by extremely traumatic events like a death in the family. It has been suggested that it is seen in people with poorly developed coping skills.

After all other physical illnesses are ruled out; mental health professionals then utilize specially designed tests and interviews to evaluate if a person is suffering from a psychotic episode. All the positive symptoms of psychosis have to be present like hallucinations, delusions and a disorganized thought process for a diagnosis of psychosis to be reached. Usually the symptoms resolve within one month.

How is Brief Psychotic Disorder Treated?

BPD is treated with the help of psychotherapy and psychiatric drugs. If the symptoms are very severe, for example if self neglect, or self harm symptoms are present, hospitalization may be deemed necessary until the symptoms go away. Usually medicines given include anti-psychotic drugs and anxiolytics. Psychotherapy and counseling helps a person cope with the situation and may be needed in the future to check for relapses.