According to the DSM-IV, three requirements must be met for a diagnosis of shared psychotic disorder:

Nearly all of the documented cases of shared psychotic disorder have involved family members, with about one-third being two sisters and another third being husband and wife or mother and child. 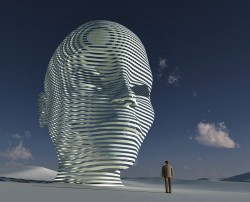 Shared psychotic disorder involves a dominant person as the primary and a submissive person as the secondary. In roughly one quarter of reported cases, the submissive individual has a physical disability, such as a hearing impairment, heart disease or other condition that fosters a feeling of dependence. The primary and secondary individuals are not strangers meeting for the first time; they live together or are extremely close and share common life experiences, needs and/or goals. This relationship exists in relative isolation; others are not invited.

The fact that so many of these cases involve family members strongly suggests that there is a genetic component in the development of shared psychotic disorder. The dominant person has a diagnosable psychotic disorder. The secondary member of the pair may have a history of the type of personality disorder that causes dependence or submissiveness. The primary, usually more intelligent, better educated and older, uses his/her assertive personality to take advantage of his/her relatively docile companion to control the relationship.

One of the most notable case of shared psychotic disorder involves a nearly four week period in which John Allen Muhammad and teenager John Lee Malvo (named by the media as the “Beltway Killers”) terrorized the Washington, D.C. area in a killing spree that ended with the deaths of ten people. John Allen Muhammad had a history of confrontations with authority and difficulties fulfilling the roles of business partner, family provider, soldier, husband and father. Failing to successfully establish a positive identity in those areas, he reinvented himself, converting to Islam and embracing random violence as an outlet for his lifelong anger and frustration.

While much is known about Muhammad, less is known about his young cohort. Although his age (17 years old when the killing began) may have allowed the older man domination, Malvo’s contributions may have been fueled by a very vague allegiance to the concept of Jihad. At his trial, Malvo stated that the plan was to extort money from the American government by kidnapping children. Furthermore, these children were to be trained in terrorism with the end result of disrupting life in the United States. The combination of his need to cause chaos, his age, submissive temperament with Muhammad’s anger and military skills created a rampage that extended from Texas to Louisiana to the US capitol.

What Treatments are Available for Shared Psychotic Disorder?

Treatment for shared psychotic disorder centers on the secondary, submissive partner. If you are the secondary person in the relationship, you may need a great deal of support following the separation from your dominant cohort. Fortunately, your symptoms should ease once you are on your own. Psychotherapy may aid in the remission of the disorder. In addition, anti-psychotic medications may be used only if your symptoms have not significantly improved after a short course of therapy.

Unfortunately, the long-term prognosis for folie à duex is not promising. Many times, particularly when members of the same family are involved, the pair is reunited following treatment, returning to their initial living arrangement and resuming their shared psychosis.