The primary features of Substance-induced psychotic disorder are the development of prominent psychotic symptoms, like hallucination or delusions (or both) that have been determined to be caused by a psycho-active substance. These symptoms are usually experienced during intoxication with the substance or during the period of withdrawal, when a person stops taking the substance. The substances can be a prescription drugs, alcohol, or other toxins.

During withdrawal: The disorder may also begin during the withdrawal period and may manifest itself up to 4 weeks after an individual stops taking the intoxicating substance. 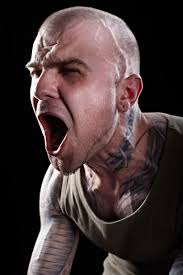 Substance-induced psychotic disorder treatment will depend on the level of the condition.

Substance-induced psychotic disorder has a very straight forward cause. It is caused directly by the effects of the intoxicating substance which can include alcohol, toxins and medications.

The DMV-IV and the American Psychiatric Association has classified 10 substances that cause the disorder:

The psychotic symptoms may also occur as a result of withdrawal from these substances. Other medicines that may cause the disorder include the following among others:

The onset of the symptoms varies depending upon the kind of substance that is being abused. Some substances like cocaine are very potent and can bring on psychotic symptoms as soon as it is taken, usually within minutes. Other toxins like alcohol may require weeks of abuse for the symptoms to start appearing. The symptoms also vary according to the substance type. Hallucinations (auditory, tactile and visual) are very commonly seen in alcohol induced psychotic disorders. Amphetamine and cocaine on the other hand have tactile hallucinations and persecutory delusions (a delusion in which the person believes that he or she is in danger because of some person or agency).

The diagnosis of this psychotic disorder can only be made if all underlying pathologic or psychiatric conditions are ruled out. For example if a pre-existing psychotic or mood disorder existed, which got exacerbated due to substance abuse, it will not come in the category of this disorder. According to the DSM-IV a positive diagnosis is made when the symptoms of psychosis are much higher than those experienced during intoxication and the period of withdrawal. Usually these symptoms are very severe. DSM-IV has specific criteria that will need to be met in order for a person to be diagnosed positive. Usually the diagnosis also takes the following in consideration:

The symptoms of the disorder are similar to other psychotic disorders with delusions and hallucinations along with losing touch with reality.

Delusions: are unwavering beliefs that people have that are based on groundless facts and are clearly false.

The treatment protocol usually depends upon how severe the condition is. Just like all other psychiatric conditions, treatment is deemed necessary if the disorder disrupts the normal pattern of life and disturbs the functioning capabilities of a person. The treatment of Substance-induced psychotic disorder is similar to treatment of a primary psychotic condition such as Brief Psychotic Disorder or Schizophrenia. Hospitalization may be deemed necessary in order to help treat the substance abuse and the psychotic symptoms. Care also has to be taken that the drug reactions between anti-psychotic medications and the substance being abused don’t cause a dangerous reaction. Counseling and cognitive behavioral therapy have shown positive results. The prognosis is also good as long as the substance being abused is not taken again.