Major depression with psychotic features is categorized as a mental condition, and is characterized by the presence of severe depression in a person along with some form of psychosis. It is also known as psychotic major depression. This is a form of depression that is independent in terms of symptoms, of all other non-psychotic types of depressive disorders.

There is no known cause of the disorder, but it has been concluded that a person is more likely to develop symptoms of any form of psychotic illness or depression if the condition is present in the family history. According to surveys, it has been confirmed that psychotic major depression affects one in every two hundred and fifty people, which accounts for about 0.4% of the population.

People with psychotic major depressionpresent different symptoms and signs that confirm the diagnosis of psychosis and depression. Psychosis is best described as the loss of touch with reality.

Some of its features include the following: 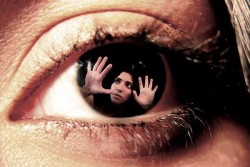 We can help you find treatment for your psychotic major depression.

The degree and types of hallucinations and delusions that can be experienced in this disorder are directly related to the cause of depression. Records have shown that some people may feel that they are being told that they are worthless, or urging them to end their lives. This may even lead to false ideas and beliefs, which may include believing that one is suffering for a terminal medical condition.

According to advanced research, it has been confirmed that psychotic major depressionis actually a very severe type of major depression, but psychotic features and symptoms may also be present in patients suffering from moderate and even mild depression.

Delusions are one of the most prominent features of psychotic major depression whereby the person believes in theories and existences that are untrue and incorrect. Delusions may even include false visual or audio phenomena. Patients of psychotic major depression may also experience episodes of guilt through these delusions, and have the constant feeling that they are being paid special attention; they are being judged or even scrutinized. The guilt induced by these delusions may force the patients to believe that they are being punished for any deeds committed in the past, or personal problems that they failed to solve.

According to the DSM-IV, patients need to demonstrate at least 6 of the following symptoms within a 2 week period to be diagnosed with psychotic major depression. To qualify for a positive diagnosis, the patients need to report at least 3 or 4 symptoms along with symptom number 1, 3 and 11. A total of six symptoms need to be present. These should also be dissimilar from symptoms patients experienced at a different time, for example previously as compared to the present.

Tretment consists of a combination of medication and psychotherapy. Hospitalization may become necessary in patients who show major symptoms of psychosis and who are suicidal. The symptoms cause severe distress to patients and also to the family members of the patient.