Sexual pain disorders are characterized by feelings of pain during sexual intercourse. However, the pain can occur from any sort of genital stimulation, even when it is not sexual in nature.

Dyspareunia is defined in the Diagnostic and Statistical Manual of Mental Disorders (DSM-IV) as “recurrent or persistent genital pain associated with sexual intercourse.” It adds that this can occur in both men and women. However, these disorders almost always occur in women.  With dsypareunia, the person feels pain during sexual intercourse or activities.  With vaginismus, a separate sexual pain disorder, a woman has involuntary spasms or contractions of the vaginal muscles which impedes intercourse.

There are several similarities between vaginismus and dyspareunia. Both involve a pain reaction during sexual intercourse but, while those suffering from dyspareunia are able (even if not particularly eager) to have engage in sexual relations, those who are diagnosed with vaginismus are not. Vaginismus is defined by the DSM-IV as “a recurrent or persistent involuntary spasm of the musculature of the outer third of the vagina that interferes with sexual intercourse.”

Clinicians believe that women experiencing these symptoms have the conscious desire to enjoy sex, but the unconscious need to prevent a penis from entering their bodies. The memory of a sexual trauma during which a penis was, in fact, wielded like a weapon, returns and causes a woman’s body to forcibly refuse penetration. Even emotional abuse can elicit this reaction; the abuser is rejected without a word being spoken. 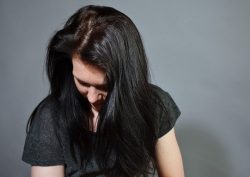 Sexual pain disorders are psychological rather than physical.

Dyspareunia is defined in the Diagnostic and Statistical Manual of Mental Disorders (DSM-IV) as “recurrent or persistent genital pain associated with sexual intercourse.” The manual adds that this condition can occur in both men and women. However, these disorders almost always occur in women. With dsypareunia, you feel pain during sexual intercourse. If you have vaginismus, a separate sexual pain disorder, you may experience involuntary vaginal muscle spasms or contractions that can disrupt your sexual activities.

There are several similarities between vaginismus and dyspareunia such as both conditions involve pain during sexual intercourse.  The main difference between the two conditions is: if you have dyspareunia you are able to have engaged in sexual relations, but if you have vaginismus you are not able to perform because it is too painful. Vaginismus is defined by the DSM-IV as “a recurrent or persistent involuntary spasm of the musculature of the outer third of the vagina that interferes with sexual intercourse.”

According to clinicians, women who have these conditions have a conscious desire to enjoy sex, but the unconscious need to prevent a penis from entering their bodies. The memory of a sexual trauma in which a penis was used as a weapon causes a woman’s body to forcibly refuse penetration. Emotional abuse can also elicit this reaction – the abuser is rejected without a word being spoken.

Research suggests that the pain is almost never “psychogenic” (in the mind). Pain can have multiple psychological components. This theory has been proven in cases of depression. Depressed people often cite that they feel chronic physical pain as well as emotional pain.

There are several possible reasons for dyspareunia, but the most common physical cause is injury to the vagina, cervix, uterus and/or pelvic ligaments during the course of childbirth. Others possible causes include: episiotomy scarring, vaginal infection, pelvic diseases, tumors, cysts, allergic reactions to contraceptive creams, latex condoms and/or protein found in semen. Masters and Johnson, the well-known 1950s sex researchers, blamed environmental factors such as: stringent religious beliefs, low self-esteem, focus on physical appearance, anxiety personal trauma such as rapes and fear for causing pain during intercourse.

For example: A woman who was raped may consciously or subconsciously remember the traumatic event of the rape during sexual activities. Once she starts to remember the rape, her vaginal muscles will involuntary contract causing pain. In addition, the memory of a trauma can cause a decrease in vaginal lubrication, which can make sexual intercourse not only difficult, but also painful.

Sexual pain disorders have been linked to anxiety disorders, meaning that they occur as a result of anxiety related to sex or intimate relationships.

It is not uncommon for people to experience pain during or after sexual intercourse, and for some people it is a true condition, or a disorder. Women experience this more than men.

How Common Are Sexual Pain Disorders?

Dyspareunia affects between 3 – 18% of women. It is important to note that this condition is not limited to painful intercourse. Pain can occur with any vaginal penetration regardless of whether it is by insertion of a tampon or medical equipment during a gynecological exam. Even the slight chafe of underwear can cause vaginal pain and discomfort.

What Treatments Are Available for Sexual Pain Disorders?

Physical and psychological therapies can be very helpful if you suffer from a sexual pain disorder. Treatment typically begins with a frank and open discussion with a medical professional. In cases of vaginismus, you should seek a referral to see a pelvic floor therapist. The group of muscles, ligaments and tissues that support the internal organs can be an important factor when assessing the cause of the pain. A pelvic floor therapist can teach you effective pelvic floor exercises, the use of vaginal dilators and relaxation techniques. You may also be advised to avoid the use of potentially irritating detergents and feminine products and advised to switch to natural fiber undergarments.

Psychotherapy will not only help you explore the possible causes of your pain, but also help you manage your disorder and have a healthy sex life.

Where Can I Find Additional Information on Dyspareunia or Vaginismus?

There are a variety of books available that will help you understand and manage your disorder. These include: When Sex Hurts: A Woman’s Guide to Banishing Sexual Pain by Andrew Goldstein, Caroline Pukall and Irwin Goldstein and Healing Painful Sex: A Woman’s Guide to Confronting, Diagnosing, and Treating Sexual Pain by Deborah Coady and Nancy Fish.