This disorder is linked to changes in light during certain seasons or months and how you perceive those changes. It is known to affect approximately half a million men and women across the globe from September to April. The most cases of seasonal affective disorder occur between December and February. A milder form of this disorder is called “winter blues.” Winter blues tend to affect a significant proportion of the world’s population.

Four criteria that must be met in order to be diagnosed with SAD:

There are three main types of the seasonal affective disorder and each type has its own characteristic symptoms. 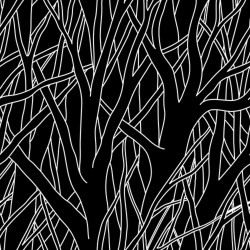 You may mistake shifts in energy during the winter as “normal” behavior and neglect to recognize the symptoms of seasonal affective disorder. This can cause your condition to go untreated and prevent you from receiving the treatment that could restore your mental health.

Sunlight and light variations during specific seasons can affect your behavior and activity levels. A shift in your internal biological clock (circadian rhythm) along with a change in season can disrupt your internal schedule. The pineal gland of your brain secretes melatonin, a hormone associated with sleep and sleeping patterns. In addition, melatonin can trigger depression and alter your moods during specific times of the year.

SAD is diagnosed after you have been depressed for 3 consecutive winter seasons. Usually the depression disappears during spring and summer. If this occurs then you will more than likely be diagnosed with seasonal affective disorder. This disorder is not very well known, but it has been added to the DSM-IV (4th addition) as an indicator of major depression. The seasonal affective episodes of depression have their own diagnostic criteria according to the manual.

The following symptoms are associated with seasonal affective disorder:

Seasonal affective disorder is treated with a combination of medication and psychotherapy. Light therapy is also effective when treating this condition.

National Institute of Mental Health. (2009). Signs and symptoms of depression. Retrieved from www.nimh.nih.gov