NOTE: Disruptive mood dysregulation disorder should not be confused with regular temper tantrums that most toddlers and pre-schoolers tend to experience. This disorder is also not very common and is a mental illness and not simply a mood disorder.

Disruptive mood dysregulation disorderis characterized by the evidence of severe persistent and recurrent outbursts of temper that are not in proportion in terms of duration and intensity of the situation.

The following points should be taken into consideration to confirm a diagnosis:

There may be verbal as well as behavioral manifestations of temper outbursts, for instance verbal rages as well as physical aggression subjected to property and people.

These outbursts of temper are not consistent with the level of development. 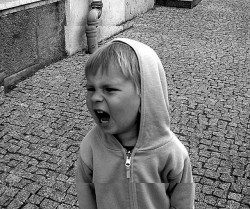 The outbursts of temper occur approximately about three or more than three times in a week.

Just about every single day, lasting a major portion of the day and the mood between these outbursts of temper is constantly angry and irritable.

Other people in the surrounding, such as family members, peers or teachers can easily observe these mood changes, the anger and the irritability.

In this duration of time, the patient has not been free of the symptoms of this disorder for 3 or more months at a stretch

Disruptive mood dysregulation disorderis confirmed if there have been at least two settings, such as in presence of peer, at home or at school, where the above mentioned criteria are present. The symptoms of the disorder must be severe in one of the two settings. No diagnosis or confirmed detection of the disorder must be made for the first time if the individual is younger than 6 years, or older than 18 years old. This disorder is primarily seen in children younger than 10 years of age.

The following behaviors are seen in disruptive mood dysregulation disorder:

It must be noted that there is a difference between developmentally appropriate mood elevation and abnormally aggravated mood, which is evident in a positive event.

It is not necessary that all the symptoms and their associated behaviors must occur in a particular episode or bouts, and must also not be occurring due to various other disorders of the brain which may include separation anxiety disorder, autism spectrum disorders, dysthymis disorder and post-traumatic stress disorder. It is also important to know that the symptoms and behaviors that occur are not as a result of the effects of a particular medication, drug or the effects of a neurological disease.

How is Disruptive Mood Dysregulation Disorder different from Temper Tantrums?

Tantrums are most common when a child is two years of age. During this period, the child is acquiring the skill of language and it is a fact that toddlers cannot express everything that they understand and perceive. This failure of communication leads to the development of frustration and hence paves way for tantrums. It has been observed that tantrums decrease with the improvement in speech. Temper tantrums are very different form disruptive mood dysregulation disorder and the two should not be confused. Temper tantrums tend to resolve as the child grows if they don’t resolve you should consult the doctor for a cause. The doctor should be called if: