Is Alcoholism a Disease?

Alcoholism and alcohol abuse are two types of drinking problems that are known as alcohol use disorders. When drinking begins to cause problems at school, home, or work, or in personal relationships, or with the law, an alcohol abuse problem is present. When all of those things happen due to drinking, but you are unable to stop drinking because of a dependency upon the alcohol, alcoholism is the problem.

According to The National Institute of Health (NIH), an estimated 18 million adult Americans have an alcohol use disorder (AUD). Alcoholism is a disease that enslaves the user in a vicious cycle of dependency and peril. It may cause you to put yourself in dangerous situations, or lead to legal or social problems.

Most alcoholics will experience: 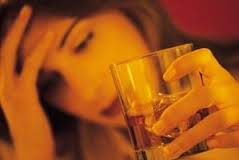 Alcoholism is a very dangerous and harmful disease.

Alcoholics are known to go on binges. Binge drinking is drinking five or more drinks in two hours for men, for women, it is about four or more drinks in two hours. Too much alcohol is extremely dangerous and can impair judgment and the body’s ability to function properly. Drinking heavily increases the risk of certain cancers, cause irreversible damage to major organs, and transfer to a fetus in pregnancy causing developmental irregularities. Alcohol is also responsible for increased risk of death from injuries, car crashes, homicide, and suicide.

Alcoholism often appears to be a “family” disease. Epigenetics scientists have conducted research to narrows down which genes may cause alcohol use disorders, or a person’s propensity toward alcohol abuse. Genetics certainly influence our likelihood of developing alcoholism, and we may hear about scientific studies of an “alcoholism gene”, but genetics are not alone in producing these tendencies. Research has shown that genes are responsible for about half of the risk for alcoholism. Age and environmental factors, as well as gene and environment interactions account for the other 50%.

A person’s drinking may already be a cause for concern if any of these symptoms have been displayed. A need for change can become more urgent as the list of symptoms grows. A formal assessment of the symptoms to establish whether or not an alcohol use disorder is present can be conducted by a physician. Seeking help, even if the tiniest suspicion of an alcohol dependency exists, is the only way to regain a productive and healthy life. Alcoholics can only benefit from treatment if they choose to enlist this type of help. At the end of the day, receiving treatment can significantly improve an individual’s chances of success in overcoming alcoholism.