This is a male sexual dysfunction which is characterized by the ina bility of a male to maintain or develop an erection. The penis is unable to remain erect during sexual intercourse. There are many causes that can be physical and psychological as well. Circulatory problems due to diabetes and cardiac disease are usually very common causes as well as hormonal insufficiencies and drug related causes.

Some of the most common causes of erectile dysfunction are: 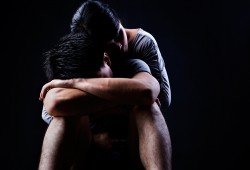 This condition occurs when a man tends to have an orgasm before intercourse begins or during intercourse it occurs much sooner than he or his partner desires it.

Premature ejaculation occurs very commonly and it may very rarely occur due to actual physical causes. It usually occurs when a person is under too much stress and may suffer from over stimulation. Another psychological factor such as guilt may be involved as well. This problem usually does not require treatment and improves with time. Premature ejaculation is usually seen early in a relationship and can also be due to relationship anxiety.

Premature ejaculation often leaves a couple feeling unsatisfied as a man may ejaculate prematurely, before penetration or right after penetration.

Usually there are no findings that may seem abnormal with this condition. An interview of the patient or the couple by a health care provider may be better at assessing the cause of the condition. Usually stress and anxiety tend to be the biggest causes.

If the problem remains untreated, it can cause a couple from being unable to achieve pregnancy. Premature ejaculation can also cause a single partner or both the partners feel unsatisfied and make their relationship suffer.