A panic attack is a reaction to a situation that causes you to experience an extreme, but irrational fear of something or someone. Panic attacks can cause sharp pains in your chests, make you gasp for breath, make you lose touch with reality and cause you to perspire profusely. If this is the first time you have experienced a panic attack, your symptoms may seem overwhelming and even lead you to believe that you are having a heart attack. If this occurs it is important for you to seek emergency help.

Most panic attacks can be successfully treated. These stacks occur in response to stress created when you are exposed to something or someone you fear. In some severe cases, these attacks cannot be “cured.” In other words, these attacks have no known triggers making it difficult to identify and treat.

It is not uncommon for you to experience anticipatory anxiety – an extreme fear that another panic attack may occur, when placed in a similar situation or exposed to certain stimuli. The fear of having another panic attack can be so debilitating that it causes you to readjust your life. Understanding what causes a panic attack is important to receiving an accurate diagnosis.

First-time panic attacks are often misdiagnosed as heart disease because the symptoms can be so similar. Alternately, your panic attack symptoms may be mistaken as hysteria. When panic attacks occur repeatedly, you are diagnosed with a panic disorder.

How Many People Are Affected By Panic Attacks? 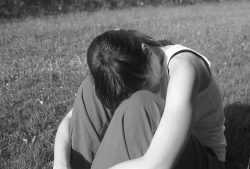 Panic attacks can make you lose touch with reality.

The exact cause of panic attacks is unknown. Abnormalities in the structure and function of your brain, neurochemical imbalances and genetic factors all may contribute to the development of panic disorder and attacks. Some scientists believe that panic attacks are a response learned from observing and copying parental behavior or the result of classical conditioning. In determining what causes panic attacks, specific phobias may be taken into account.

What are the Symptoms of Panic Disorder?

The symptoms of panic disorder are very obvious to anyone suffering from an attack. Symptoms may include: irrational fears, lightheadedness, nausea, chest pain, trouble breathing, numbness, perspiration, hot flashes, increased heart rate, sensitivity in your extremities and tremors.

While the signs of a panic attack are quite obvious, agoraphobia, which often accompanies the aftermath of a panic attack is not as noticeable. A panic attack can cause you to become so fearful of having another attack that you stay at home more often, avoid social situation and/or refuse to leave your comfort zone. These behaviors can develop into agoraphobia and impair your life.

Paula Deen, the television personality and author of many best-selling cookbooks, has been interviewed several times about her own experiences with this disorder. In her words, “I was on a 20-year roller coaster ride with agoraphobia. I didn’t know what I had, I would never share my feelings with anybody because I was afraid that they thought I was crazy and I had never met a fellow agoraphobic because here’s the deal about that y’all, you’re not going to meet agoraphobics out on the street or out socially, they’re hiding behind the safety of their doors at home.”

What are the Treatments for Panic Attacks?

Panic attacks are typically treated with medication and behavioral therapy. The goal of treatment is always to help you resume a regular life without fear of having another panic attack. Medications can help control the symptoms of panic attacks, however, medications have drawbacks. Firstly, they can take a while before they actually start to work and secondly, they can cause side effects like fatigue and delayed reactions.

Antidepressants can reduce the number of attacks, but may take up to a month to become effective. Anticonvulsants can help control the severe symptoms associated with panic attacks and hypnotics may be used in short cycles reduce the frequency and intensity of severe panic attacks. Monoamine oxidase inhibitors tend to be effective for preventing panic attacks, but are only used as a last resort when other medications have proven ineffective.

Behavioral modification therapies can be effective treatments for panic attacks. In addition, exposure therapy, also called systematic desensitization, can also be beneficial in the treatment of panic attacks. Exposure therapy incorporates the use of imagery when treating phobias-related anxieties. During this therapy, your therapist asks you to recall an event and confront the thoughts and feelings that occurred during that event, but in a safe environment such as the therapist’s office. Gradually, you are introduced to the fear and your panic attack trigger is removed.

Lifestyle changes can also be very helpful in preventing panic attacks. Experts recommend that you eat a healthy, balanced diet, exercise regularly, get adequate sleep and avoid stimulating substances such as caffeine, drugs and alcohol.

Where Can I Find Additional Information on Panic Attacks?

The Anxiety Disorders Association of America (ADAA) offers information on identifying, understanding and living with panic attacks as well as other anxiety disorders. You can also find treatment in your local area just by entering your zip code. The website can be found www.adaa.org/finding-help/treatment.