Reactive attachment disorder, commonly known as RAD, is defined as a relatively uncommon and severe disorder that mainly affects children. The disorder is characterized by inappropriate or disturbed patterns or ways of interacting or relating socially in various ways. Reactive attachment disorder occurs due to the failure of a child to make a regular attachment with the parents or caregivers during childhood. This may eventually lead to the earliest experiences of abuse, separation from the parents or caregivers, and neglect that can occur at any point between 6 months and three years of age.

There may be a number of causes that can lead to the development of reactive attachment disorder, but an increasing number of reports of mental health problems during childhood have been associated with various defects of the genes. Reactive attachment disorder arises due to an unstable history in terms of social relationships and caregivers. Abuse may be one of the vital factors to be considered in case of this disorder, but it alone cannot explain the basis or cause of RAD. Although no substantial evidence exists, theorists state that children with RAD may go on to commit violent crimes in the future. 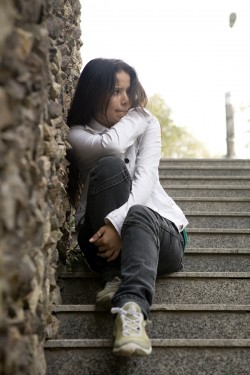 Reactive attachment disorder can cause an interruption in the persons social life.

Most commonly the first professionals that can analyze, detect and asses the presence of reactive attachment disorders in children are pediatricians. Most children get diagnosed when they go for regular vaccination visits or when they are taken to pediatricians for an illness.

The presentation of the disorder varies on the basis of chronological and developmental age, but one of the most common features includes an invariable disturbance in the social life and interactions of the child. Infants between the age of eighteen to twenty four months can present with a symptom known as non-organic failure to thrive, and can also show certain abnormal or inappropriate responses to stimuli.

There are certain laboratory investigations that can be conducted in order to aid the definite diagnosis of the disorder. These investigations will indicate the presence of slightly elevated or normal growth hormones in the serum, and persistent signs of dehydration as well as malnutrition.

One of the most critically important features of RAD is the inappropriate or abnormal social relating and interaction by children who are affected by this disorder.

There are two main ways in which this disorder can manifest itself:

According to different theories it has been concluded that reactive attachment disorder can be associated with neglectful behavior and abusive treatment, it is important to understand that these factors alone cannot form the basis of a definite diagnoses. There are many children who manage to form and initiate stable relationships as well as social interactions despite having histories of neglect and abuse in the past.

It is important to assess the safety of the child in order to determine whether treatment or intervention can be done while the child stays with the family, or does the child require shelter in a safer location and situation. Some forms of intervention include domestic aid, financial aid, social work and housing support, therapeutic methods, safety monitoring and education.

The treatment of the condition often involves a combined approach with psychological counseling, parent education about the disorder and medications for the child or baby. The treatment may require a specialized team of medical and mental health professionals who have expertise in treating attachment disorders. The treatment usually includes the child and the parents or the primary care givers of the child.

The goals of the treatment are to make sure that the child or baby has a safe, secure and stable environment to develop in and that he or she develops a positive interaction with parents and others. The treatment in the long run also helps boost self-esteem and also helps improve peer relationship.

Most children with reactive attachment disorder have extreme difficulty in relating to adults. The disorder has not been studied in detail and there are few longitudinal studies that show the long term outcome of the disorder. The DSM-5 has separate diagnostic criteria for diagnosing the disorder.