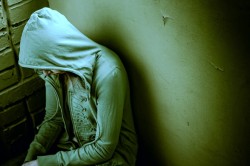 The main difference between childhood clinical depression and adult clinical depression is how the disorder presents itself. If you are a child with clinical depression you are more likely to have social problems and self-esteem issues. You may be irritable, aggressive and/or misbehave. These symptoms are called “masked symptoms” because they hide the real issue which is the depression.

How Prevalent Is Childhood Clinical Depression?

The prevalence rates on childhood clinical depression vary, but the numbers appear to be high in western nations. Most studies put the prevalence rate of childhood and teen depression at approximately 3-20%, with higher rates in adolescents than in children. In the UK alone, more than 50,000 children were prescribed anti-depressants in 2003. In the United States, there were at least 6.8 million teens taking anti-depressants from 2002-2006. The number of children taking anti-depressants has increased in the past decade and continues to grow with each passing year.

What are the Symptoms of Clinical Depression in Children and Teens?

If you are a child with clinical depression, your symptoms may vary. You may withdraw from social activities, indifference, behavioral problems, anger and/or irritability. In addition, you may experience emotional outbursts and/or have low energy. If you are an adolescent, you may experience symptoms that resemble those of adult clinical depression such as withdrawing from social activities, not enjoying activities that you used to enjoy, changes in eating or sleeping habits, a chronic sadness, thoughts about death or hurting yourself and/or drug/alcohol abuse. In both children and teens, signs of depression can include poor performance in school, troubles concentrating, constant boredom and/or health problems like stomach aches and headaches. In almost all cases of childhood clinical depression, you must meet the diagnostic criteria of another mental health disorder.

What Causes Clinical Depression in Children and Teens?

There is ample evidence western societies are directly linked to the increase of childhood clinical depression rates. In the past, childhood clinical depression was incredibly rare and the family environment was more stable. In other words, most children were reared in two-parent households with a mother figure who was able to dedicate time to her children’s upbringing. In today’s western world, more children are reared in what can be considered an unstable home environment with high divorce rates and single-parent homes. With a surge in families where both parents work, children do not receive as much attention as in the past. Furthermore, financial support for low-income families has been reduced, which may account for the increase in poverty and ultimately child and teen clinical depression.

What Complications Are Associated With Childhood Clinical Depression?

The most serious risk associated with childhood clinical depression is an increased risk of suicide. By current statistics, suicide is the third-leading cause of death in adolescents in the United States. According to one study, a high school with approximately 2,000 students can expect 50 suicide attempts yearly.

How is Childhood Clinical Depression Treated?

There are many possible treatments for childhood clinical depression, but most experts recommend therapy – such as cognitive behavioral therapy or other methods. There are several medications approved for childhood depression but their use has been highly controversial. In studies of anti-depressants in children, those drugs were either only mildly effective or not effective at all. Furthermore, studies show that there is an increased rate of suicide in young adults who take anti-depressants. Despite these controversies, anti-depressants still remain the popular choice for the treatment of clinical depression in children and teens. In the United States, at least 50% of children taking anti-depressants are also in therapy.

Elias, M. (2008). Study: Most depressed kids get antidepressants but no therapy. USA Today.