Psychosis is a mental health condition that can be characterized by irrational emotions and thought processes that impair the regular routine and lifestyle of the individual in a way that causes them to completely lose touch with reality. Though psychosis is a rare condition, the false thoughts or delusions that an individual experiences paired with the potential to see and hear things that are no really there can make this a very dangerous condition for both the sufferer and for anyone directly or indirectly involved with the individual. The causes of psychosis range from drugs or alcohol to mental health conditions to physical health conditions. Typically, the most common cause of psychosis is related to illness, but environmental factors can also be to blame.

Diseases of the Brain

According to Healthline, various brain diseases can cause an individual to develop psychosis. Parkinson’s disease and certain chromosomal disorders are often to blame for psychosis. Brain tumors can also cause the adverse reaction in the thought processes resulting in an individual suffering from delusions or hallucinations that resemble psychosis. Most of the time, brain diseases that cause psychosis are caught early on, but in the case of such a disease being progressive in nature, such that Parkinson’s and Huntington’s diseases both are, psychosis may gradually creep up on the individual resulting in the onset of delusions that eventually take over regular thought processes and decision making.

Alzheimer’s disease is the most common cause of dementia but there are also other diseases and illnesses that can lead to dementia such as diabetes. Various types of dementia are often responsible for causing psychosis and, in most cases, such dementia will come and go sporadically until eventually it settles in for the long term. Dementia caused by Alzheimer’s disease will gradually become worse causing the individual to suffer greater or longer bouts of psychosis over time. 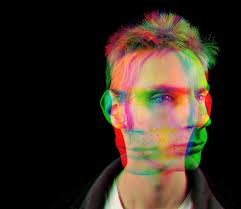 A variety of conditions can lead to the delusions and loss of reality associated with psychosis, including drug use.

Although not all people who suffer from epilepsy will suffer from psychosis, there are times when an epileptic seizure can lead to psychosis. Most often, psychosis caused by epileptic seizures will gradually reside as the seizure comes to a close and the individual stabilizes but this isn’t always the case. Anytime there is a seizure that causes psychosis, the risk for permanent psychosis or for long term psychosis is there and it increases with each instance.

Use of certain drugs can cause psychosis. Cocaine psychosis, is a widely accepted after effect of using large amounts of cocaine. Although this form of psychosis doesn’t always affect an individual who abuses cocaine, the risk for such is always there if this type of drug is being used. Other drugs, such as hallucinogens like LSD or PCP can also cause a drug induced psychosis to form. Stimulants, methamphetamine and even certain prescription drugs can lead to changes or complete disruptions in sleep patterns which are often responsible for psychosis.

Often times, people who have strokes lose the function in their brain that is responsible for thought processes that we are accustomed to. As such, stroke often leads to psychosis which requires medical treatment or psychological monitoring to ensure the patient’s safety. When psychosis is caused by a stroke, there is a chance that as the individual regains stability, that the symptoms of psychosis will dissipate but there are no guarantees.