10 Symptoms of Psychosis You Can’t Miss

Psychosis, a rare mental health disorder that causes delusions and hallucinations, is often caused by disease or illness but may also be the result of environmental factors such as the use of drugs or alcohol. The symptoms of psychosis are relatively easy to spot and can range from mildly invasive to the individual’s daily life to progressive and completely overtaking. Early stage symptoms of psychosis are often moderately invasive while progressive or later stage symptoms can result in a need for institutionalization for the protection of the individual and of others. 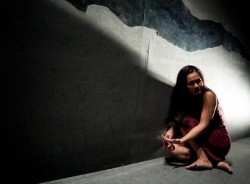 Someone with psychosis is likely to be paranoid and anxious, and may seclude themself from others.

People who suffer from psychosis often show early signs of being paranoid or suspicious of others. The suspicion often causes the individual to have trouble trusting in others, developing friendships or maintaining healthy relationships.

As a result of the suspicion and lack of trust that often ensues in those suffering from psychosis, seclusion from friends and family members often sets in. Like other symptoms of psychosis, being secluded is not always indicative of a greater problem such as psychosis but it can be an initial sign.

Psychosis often leads to bouts of depression as the individual is unable to cope with his or her feelings and the irrational thought processes that are occurring. Seclusion from friends and family members as well as broken relationships resulting from a lack of trust and the ongoing suspicion are often to blame for the depression.

Psychosis often leads to suicidal thoughts or actions. According to Healthline, people in the later stages of psychosis will often exhibit suicidal thoughts that pose risks to both themselves and to others and should be monitored closely for their own safety as well as for the safety of others.

As symptoms of psychosis progress and the individual is taken over by the onset of these symptoms, erratic speech patterns become the norm. The individual may be hard to have a conversation with because the average person cannot follow what they are saying or keep up with their thought processes. Topics will switch around erratically and the individual will generally appear disorganized.

Symptoms of psychosis continue to interfere with an individual’s life and can cause him or her to have difficulty functioning even in normal or seemingly normal situations.

Psychosis, in the later stages, can cause hallucinations and delusions that make it difficult for the individual to decipher what is real and what is not. These hallucinations come in both the form of auditory and visual interference that may become worse with time.

Paranoia, hallucinations, delusions, depression and anxiety can all play a role in causing significant changes in an individual’s sleep patterns. This is one of the ongoing symptoms of psychosis that tend to interfere with the individual’s happiness, functioning and day to day routines.

Psychosis will cause an individual to think and act irrationally. This can be the result of pure anxiety or it may be the result of the paranoia that encompasses every thought the individual has. Irrational thoughts tend to be an ongoing problem in those suffering from any form of psychosis.