How do Psychosis and Addiction Relate?

These days people use the word psychotic or psychosis as if it is some form of catch phrase. Unfortunately, it isn’t just a word or a name; it is a very serious condition that causes permanent damage to your mental health, relationships, and physical wellbeing.

According to the National Institute on Mental Health, psychosis is defined by a break in the mind or a break from reality. People suffering a psychotic break often believe, see, and feel things that are not real. They can no long distinguish what is and is not real.

There are many addictions that cause short term drug induced psychosis. This is a psychotic break brought on by drug addiction that although intense, only lasts a few hours or until you come down off the drug. Some drugs that cause psychotic breaks are: 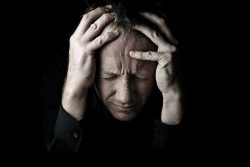 All of these drugs may cause a short term psychotic break from reality. Sometimes it this is the intention of the drug user other times it is a very frightening side effect of the addiction. If you know someone who is suffering from drug induced psychosis, they need treatment now. To find a treatment center that can help call 800-598-5053 (Who Answers?) .

There are two main types of long term drug induced psychosis. Each one is brought on by a different class of drugs.

The first is hallucinogenic persisting perception disorder. According to the National Library of Medicine, even after 50 years not a whole lot is known about this disorder. Several studies were completed, but they do not comply with the current criteria for a scientific evaluation.

What is known is that it involves persistent hallucinations that can last for weeks, months, or years after the last ingestion of the drug. This disorder may be permanent. Unfortunately, there seems to be no trigger for it other than taking the drug.

The other type of long term drug induced psychosis may be caused by any drug but is usually alcohol related. This is dementia. Alcohol induced dementia is due to long term alcohol addiction. There are also forms of this dementia due to:

Fortunately, seeking treatment early and ending the addiction can help you avoid some of these long term conditions.

Treatment for Both Psychosis and Addiction