The Reality of Mania and Addiction

Mental disorders and addiction go hand in hand. These disorders are often the cause of drug addiction and abuse. Many of them are caused by drug use and addiction. One of the disorders that commonly occurs with or is commonly mistaken during, drug use is mania in one of its many forms. 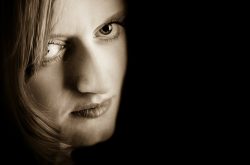 Mania is characterized by mood disturbances and risky behavior.

According to the Mayo Clinic, mania is characterized by:

These symptoms can be combined with others depending on the exact disorder that someone has. The symptoms of mania can range from very mild or extremely severe. Most people who have mild mania can live normally.

Those that have severe mania may require hospitalization, particularly when it is coupled with addiction. You can find a treatment center that treats both mania and addiction by calling 800-598-5053 (Who Answers?) for free assistance.

What Does Mania Have to do with Addiction?

Drug addiction and mania are linked in ways that are only now being discovered as scientists and doctors study it further.

Drug Use to Calm Mania

In some cases, a person with mania is self medicating. They use depressants like alcohol to slow or stop the mania in a form of self medication. According to the National Institute Alcohol Abuse and Alcoholism, there is a higher instance of alcohol use and other depressants in people suffering from bi polar disorder suggesting that people who have manic episodes are more likely to consume depressants. This makes a good argument for the self medication theory of substance abuse and mania.

Many drugs also cause mania or extreme anxiety as a side effect. In this case the addiction actually causes the mania. Stimulant drugs are often the culprit in this scenario.

How are Mania and Addiction Treated?

According to the National Institute on Alcohol Abuse and Alcoholism, the presence of alcohol and other drugs makes mania very difficult to treat. Since the relationship between substance abuse and mania is not always clear, the treatment process is clouded.

Sometimes treating the drug addiction starts a manic episode rather than helping it. This is why many times inpatient or intensive outpatient treatment is necessary in order to treat both disorders.

The treatment of addiction and mania together depends on:

Treatment for these co-occurring disorders is highly individualized. If you are suffering from both mania and addiction it is important to seek professional treatment before it gets worse. To find a treatment center that will give you the individualized attention that you need call 800-598-5053 (Who Answers?) .