Impulse control disorder covers a range of behaviors and activities that essentially take over a person’s life. For people living with impulse control disorder, spur-of-the-moment decisions become the norm more so than the exception with little to no regard for any negative consequences that result.

While seemingly harmless on first glance, patterns of impulse control can wreak considerable damage throughout a person’s life. Being able to identify telltale signs of impulse control disorder enables you to take the necessary steps towards getting needed treatment help.

An inability to control one’s behavior in the face of adverse consequences marks a certain degree of psychological dysfunction in general. When these types of behaviors take on a pattern within a person’s daily life, an impulse control disorder may well be at work. While impulse control issues can manifest within any number of life areas, conditions officially categorized as impulse control disorders include:

According to Frontiers in Psychiatry, individuals affected by these conditions gain a certain degree of pleasure from engaging in this line behavior, which accounts for much of the difficulty that comes when trying to manage or control an impulse control disorder. In effect, the behavior becomes compulsive to the point where it causes self-harm or harm to others. Ultimately, these destructive behavior patterns can diminish a person’s ability to function socially as well as compromise his or her ability to function in the workplace. 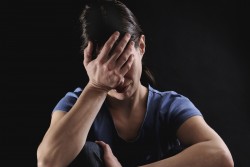 An impulse control disorder can lead to health, relationship, work, and legal problems.

With impulse control disorder, the need to engage in compulsive behaviors develops out of two types of need: to relieve tension or anxiety and to experience the sense of gratification that comes when engaging in the behavior. According to the European Archives of Psychiatry & Clinical Neuroscience, telltale signs of this condition include:

These signs continue to play out in a person’s life regardless of any consequences that may result. Over time, the damaging effects of an impulse control disorder may show up in one or more major life areas, including:

The mechanisms that drive impulse control disorder closely resemble those associated with other forms of psychological disorder, some of which include:

Not unlike a substance abuse disorder, someone with impulse control issues will experience withdrawal effects when he or she cannot carry out the desired behavior. According to the Journal of Drug Abuse & Addiction, the compulsive aspect of the disorder also bears resemblance to the ritual-type behaviors depression and anxiety sufferers engage in in order to cope with daily life pressures.

Ultimately, when left untreated, people affected by impulse control disorder remain at risk of developing other forms of psychological disorder.

During the early stages, it may be easier to hide or manage impulse control disorder; however, the urges that come with this condition continue to grow stronger the longer a person lives with the disorder. With treatment help, a person can learn how to control the emotional urges that drive these behaviors and eventually take back control of his or her daily life.

If you or someone you know struggles with impulse control problems and have more questions about this condition, please feel free to call our toll-free helpline at for more information. Our phone counselors can also help connect you with available treatment providers in your area.