Stress is one of the most well-known reasons that people turn to drug use and become victims of addiction, but few people know the influence of mental health. Addiction is, above all, a coping method for most addicts, and with the difficulty of dealing with mental health problems, it is not surprising to find that many who suffer from them will turn to drugs.

It is very common for the following five mental health issues to accompany a drug addiction.

If you or someone you love is suffering from dual diagnosis and are seeking treatment, please call to get the help you need!

According to the Centers for Disease Control and Prevention, at least one out of every twenty Americans who are 12 years of age or older exhibited moderate to severe symptoms of depression between 2009 and 2012. With this in mind, it is not a surprise to discover that depression and addiction are connected.

People who use drugs for coping with depression may enjoy the high, but the crash afterward can be especially devastating for those with a pre-existing depressive disorder. Depression can also become prevalent if an addict tries to quit and is unsuccessful, as it will lead the individual to believe he or she will never become a sober individual. 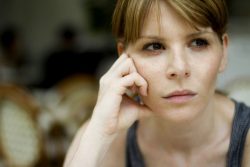 People with OCD may use drugs to cope with the anxiety and depression associated with the disorder.

Many who suffer from bipolar disorder have trouble holding on to relationships and struggle with economic instability, unintentional injury, and suicide. Because of this, people who have bipolar disorder will turn to drugs to help them cope with their hardships.

Drugs are also abused by those with this disorder to help them gain a temporary relief from their maniac episodes.

OCD does not seem to be a mental disorder that many can connect with drug use, but it has its own way of influencing addicts. Most people who suffer from it have various irrational fears, such as a fear of germs or a constant need to clean.

Due to these obsessions, the addict may suffer from anxiety and depression and turn toward drugs to escape it. Unfortunately, without dealing with the psychological aspects of the disorder, it can only make the obsessive-compulsive disorder worse.

According to the US National Library of Medicine, anxiety in small doses is good for the average person, but for someone suffering from the disorder, it grows worse as time goes on and can cause chest pains, a fear of leaving home, or nightmares.

These symptoms make it extremely hard for the individual to continue their lives because of their panic attacks and fears. In order to feel relaxed, these people will turn toward drugs.

Can a Mental Disorder Worsen an Addiction?

One of the most common mental disorders associated with drug use is PTSD and for good reason. People experience and see very terrifying and life-changing events and it can cause them to undergo long-term duress that can require treatment for years.

By using drugs and alcohol, he or she can temporarily avoid coping with their past. Without handling what caused the PTSD, however, this may do more harm than good because it is not allowing him or her to move beyond their past to their present.

It is must easier to gain treatment for the disorder before the drug addiction can begin, but it becomes vital to seek treatment when the person’s symptoms worsen with the added use of drugs.