According to the National Survey of Substance Abuse Treatment Services (N-SSATS), “about 45% of Americans seeking substance use disorder treatment have been diagnosed as having a co-occurring mental and substance use disorder.” Treating these conditions can be complex, but, they must be treated at the same time to help individuals achieve optimal recovery success.

Substance abuse itself is classified as a behavioral disorder that leads to problematic dysfunctions in health, relationships, and social functioning. People seek this type of treatment for many reasons, but, according to the Institute of Medicine (US), “Three fundamentals are present in virtually every such instance.” They include: 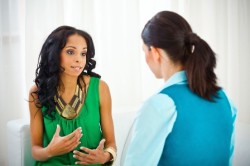 Mental health and substance abuse disorders are not independent of one another. Almost anyone suffering from a substance use disorder will have some sort of disturbance in their mental health such as anxiety, depression, irritability or aggression, inability to focus, lack of self-confidence, or impaired control over their thoughts, emotions, or moods. These are common conditions that are further exacerbated during acute or protracted withdrawals, but, often dissipate after time in abstinence when the brain and central nervous system have had time to reestablished normal functioning,

Sometimes, however, the conditions exist before the substance abuse begins and are a source of the compelling need to use substances where they become further exacerbated by the abuse. The SAMHSA’s 2014 National Survey on Drug Use and Health (NSDUH) estimated that 43.6 million adults had a mental illness in 2014 with 7.9 million or 18.2% or them having a co-existing substance use disorder. In comparison, of the 20.2 million individuals with a substance use disorder, more than 39.1% had a co-existing mental illness.

Treatments that address mental and substance use conditions at the same time empowers the client with better recovery outcomes. Integrated services are most effective when the person is in collaboration with a team of providers who can help them achieve realistic goals and address those needs that are most concerning to them.

One on one counseling, psychiatric services, and possibly medications are typically combined with group counseling, family involvements, medical and support services to address other psychosocial needs, cognitive behavioral therapies, and the ever-encouraging 12-step support groups to aid the individual in developing coping skills and strategies to manage their conditions and improve their quality of life.