What’s the Difference Between Rumination Disorder and Bulimia?

Eating disorders tend to run the gamut in terms of causes, behaviors and effects. Many eating-based disorders stem from psychological or emotional causes, but not all of them.

Rumination disorder is categorized as a medical condition. Bulimia falls more so along the lines of a behavioral disorder.

While rumination disorder mainly affects infants and small children, adults can also develop this condition. Not unlike bulimia, people affected by rumination regurgitate food on a regular basis, but certain key differences exist between the two disorders.

Understanding the differences between rumination disorder and bulimia can help you better determine what type of treatment will work best for you.

Call our toll-free helpline at to ask about eating disorder treatment options.

What is Rumination Disorder? 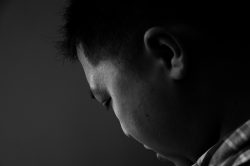 Unlike with bulimia, the regurgitation of food with rumination disorder is involuntary.

The word rumination derives from the Latin word, ruminate, which means ‘chewed over.’ In like manner, rumination disorder involves the regurgitation of food that’s either rechewed, re-swallowed or spit out. These symptoms must be ongoing for at least a month or longer.

With bulimia, individuals struggle with issues surrounding body image and resulting fears of being overweight. Bulimia sufferers may also engage in other behaviors to eliminate food intake effects, such as excessive exercise, using diuretics, stimulants and even water fasting.

Differences Between Rumination Disorder and Bulimia

While underlying emotional issues tend to be the motivating factor, people struggling with bulimia willingly engage in purging behaviors. The act of purging typically comes with a certain degree of physical discomfort. A person may also harbor feelings of disgust or shame.

With rumination disorder, the act of bringing up food is more so a physical reflex and totally involuntary. In some respects this reflex resembles the body’s belch reflex. Rather than bring up gas or air as with belching, actual food materials come up.

In effect, this involuntary reflex stems from a relaxation of the diaphragm muscle. For some people with rumination disorder, this reflex is learned. For others, an actual physical problem may be to blame.

Eating Disorders and Addiction: How They Relate

Whereas rumination disorder tends to stem from a physical cause, bulimia’s underlying emotional component leaves affected individuals wide open for developing other equally serious psychological problems, according to University of Rochester Medical Center. Psychological conditions commonly associated with bulimia include:

If you or someone you know struggles with rumination disorder and need help finding treatment that meets your needs, please don’t hesitate to call our helpline at for more information.