Seasonal Affective Disorder in the Summer

The advent of spring and summer seasons drives most people outdoors after the long, cold months of winter. People with SAD conditions see feelings of anxiety, depression and irritability gradually lift and fade away, while those with reverse seasonal affective disorder, or Summer SAD start to experience these same feelings as the warm months arrive. Not surprisingly, rates of reverse seasonal affective disorder run considerably lower than SAD within the U.S. population; however depression remains the prominent symptom for both conditions. 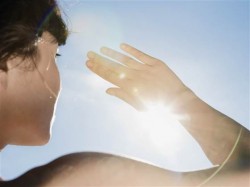 Changes in sunlight offset the natural rhythms of individuals with SAD.

As with most every form of depression, brain chemical imbalances account for much of the distress a person experiences. According to the U.S. National Library of Medicine, sunlight entering in through the retina plays a role in central nervous system function. In effect, daily cycles of light and dark create natural rhythms within the human body in terms of chemical processes. Sunlight’s effects on the skin may also contribute to this rhythm effect.

Normally, decreases in daylight hours offset the body’s natural rhythms in people with SAD as well as for people not affected by SAD. For reasons as yet unknown, increased daylight exposure has the same effect on people affected by Summer SAD.

Not unlike other depression conditions, symptoms of reverse seasonal affective disorder can impair a person’s physical and emotional health. In general, depression symptoms can take one of two forms: endogenous and atypical. With endogenous depression, a person tends to eat more, sleep more and gain weight. Symptoms associated with atypical depression are the exact opposite.

The same goes for someone who suffers from an episodic disorder, such as manic-depression or bipolar disorder. In effect, the manic episodes associated with bipolar disorder take place during the summer months while the depressive episodes occur during the winter months. As Summer SAD’s symptoms tend toward agitation, hyperactivity and problems falling asleep, manic episodes correspond with the summer months.