How Changing Seasons Affect Your Mood

While it may be hard to admit something as random as the weather or the seasons can alter a person’s mood, seasonal changes can influence emotional response in some people. This occurrence is so common that it’s been given its own official diagnosis: seasonal affective disorder or SAD.

During the winter months, many people do experience a lull in mood and sleep more often, which is not unusual. When extreme feelings of sadness and plummeting energy levels persist for most of the time, a person may be dealing with seasonal affective disorder. According to the U.S. Library of Medicine, symptoms of depression, anxiety and fatigue typically characterize this condition. In most instances, SAD takes the form of a seasonal type of major depression disorder. 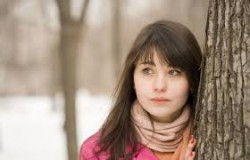 Within the general population, SAD affects women nine times more than men while young adults are twice as likely to be affected by SAD as older adults.

Most every living organism operates according to an internal clock. For humans and mammals alike, this clock corresponds with the 24 hour cycle of day and night, according to a Bryn Mawr College report. As a result, body and brain processes follow certain corresponding patterns known as circadian rhythms.

In today’s modern society, a person’s daily schedules and routines remain pretty much the same in the winter as in the summer while the body’s circadian rhythms naturally dial-down as daylight time decreases. For some people, this can cause chemical imbalances in the brain that trigger seasonal affective disorder effects.

The brain neurotransmitter chemicals, melatonin and serotonin play essential roles in regulating a person’s sleep cycles. These chemicals in turn respond to the body’s circadian rhythms and corresponding light/dark cycles from season to season. Changes in these neurotransmitter levels tie in with a person’s overall emotional states.

Normally, melatonin and serotonin brain levels increase as the days grow shorter and increase as the days grow longer. Someone with seasonal affective disorder may have a lower sensitivity to day/light cycles resulting in higher neurotransmitter levels than normal during the winter season. As a result, excess melatonin and serotonin levels offset the chemical processes that regulate the limbic system, the part of the brain responsible for emotional states.