Can Drugs Be One of the Causes of Panic Disorder?

Everyone knows that drugs can cause severe damage to the body and brain. What is less well known is that drug use can also cause a number of mental disorders across the entire mental health spectrum. One of the more common mental illnesses associated with substance use is panic disorder. Drugs really can cause panic disorder, and there is a lot of evidence linking the problems together.

Why do Drugs Cause Panic Disorder?

It is common knowledge that addiction occurs when an addictive substance fundamentally changes the chemistry of the brain, resulting in a physical and psychological need for the particular substance. According to the National Library of Medicine, these chemical effects of addictive substances may also cause symptoms of various mental illnesses. Panic disorder is one of the multitude of mental illnesses that may be caused by drug abuse and addiction, and treatment for the drug use may result in less mental health issues. 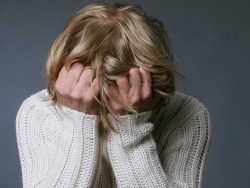 Panic disorder is characterized by frequent and recurring panic attacks.

When someone is showing signs of a panic disorder, but are also using drugs, it can be difficult to determine whether or not the drug caused the panic, or if it was a pre-existing condition.

If they were already diagnosed with a panic disorder prior to beginning substance abuse, the answer is obvious. For all other cases, only drug and mental health treatment can uncover the answer, and provide the help necessary to overcome both disorders.

Call us at for help finding the drug abuse treatment that is essential for people showing signs of both addiction and panic disorder.

Many people are familiar with panic attacks. These are brief periods of intense fear or anxiety, complete with heart palpitations and difficulty breathing. Panic disorder is marked by the persistent occurrence of panic attacks, and can be very debilitating. According to the National Institute of Mental Health, the symptoms of panic disorder include:

These symptoms prevent sufferers from being able to lead productive lives, and are often exacerbated or caused by substance abuse. Comprehensive treatment is the only way to relieve these symptoms.

There are a number of treatments for panic disorder and they can all be combined with drug treatment. Panic disorder treatment typically involves prescription sedatives or anti-anxiety medications, along with psychological therapy and counseling that strives to find any underlying causes for the panic, as well as creating coping skills and stress management techniques. Many of these mechanisms are also very helpful in drug treatment.

It is incredibly important to seek treatment for all co-occurring mental and substance abuse disorders. The combination of drug abuse and a panic disorder can make life all but impossible for people that are suffering from them. If you are looking for this type of combined treatment, call us at . We can help you find a treatment facility that meets all of your needs.