Recognizing the Signs of a Panic Attack

Are you concerned that you may have experienced a panic attack in the past? Are you worried that this is causing harm to a loved one? If you answered yes to either question, it is important that you learn as much as possible about panic attacks. This includes the ability to recognize the signs.

Many people are unaware of the fact that a panic attack can happen at any time, including while a person is sleeping. It is possible for a person suffering from an episode to believe that he or she is having a heart attack, or worse yet, dying.

The first time you have a panic attack you may not know what is going on. It may feel like you are having an out of body experience, but at the same time you have a difficult time regaining control and feeling “normal” again.

Rather than wait to have this disorder diagnosed, it is important to consult with a medical professional right away. Panic attacks are serious and treatment is available, but only if you are open to discussing your situation with your medical team. 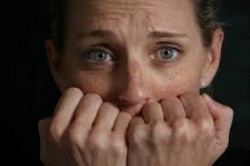 A panic attack causes feelings of extreme terror, along with other psychological and physical symptoms.

If there is one good thing about panic attacks, it is this: they typically last for a brief period of time, such as five to 10 minutes. While this may be true most of the time, it is not uncommon for symptoms of an attack to persist for many hours.

Note: a person who has experienced a panic attack in the past is at greater risk of dealing with this again in the future, when compared to those who have never faced this situation.

What happens if this becomes an ongoing problem? In this case, a person is considered to have a panic disorder. This means the episodes are regular and there is fear that more trouble is to come.

Those with panic disorder are often times fearful, anxious and paranoid, as they never know when they are going to have another episode. For this reason, they wait around, wondering what will happen next, hoping that they are able to remain under control if an attack sets in.

What are the Common Symptoms?

Just the same as any type of disorder, no two people will experience the exact same feelings during a panic attack. While this may be true, there are common symptoms associated with this, including but not limited to the following:

A panic attack can worsen with each passing minute as the person begins to wonder what is going on, with many believing they are going to die.

What is the Cause?

There is no clear cut answer as to what causes panic disorder or why a person is struck with a panic attack. There is some evidence that this can be caused by stress, such as those related to life changes: marriage, divorce, having a child, and starting a new job.

Those who suffer from panic disorder have a greater chance of abusing drugs or alcohol, attempting suicide, and suffering from depression. With this in mind, it is easy to see why it is so important to have this treated as soon as possible.

Many people shy away from discussing their panic attacks with others, including a doctor, because they don’t want to be looked down upon. This is nothing to be embarrassed about, as it is a medical condition just like many others. Once you ask for help, you may be surprised at all the treatment options that exist.

Over the years, medication has been prescribed to treat panic attacks. This includes both antidepressants and anti-anxiety medication, both of which have been proven successful.

Along with medication, psychotherapy treatment can yield positive results.

Note: only a qualified medical professional should treat you for panic attacks. This is not something you should attempt to tackle on your own.

There are many signs of a panic attack, all of which can be serious. With the right treatment, anybody facing this problem can get a grip on their situation and feel better about what the future holds.