Tips for Coping with Panic Attacks

Panic attacks bring on unexpected episodes of extreme fear that often gives rise to distressing physical symptoms. According to the National Institute of Mental Health, experiencing panic attacks on a frequent basis may indicate a person has a form of anxiety disorder known as panic disorder.

This condition affects as many as six million Americans within any given year with women twice as likely to develop panic disorder as men. For someone who experiences panic attacks, not knowing when the next one will strike can be stressful in and of itself, let alone trying to maintain control in the midst of an attack.

While there’s a range of practices and techniques available to help in coping with panic attacks, it’s always a good idea to consult with a physician to rule out other medical causes. In cases of extreme panic episodes, seeking help through psychotherapy and even medication treatments may be the only way of coping with panic attacks and regaining a sense of control over your life. 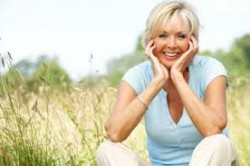 You can recover from panic attacks with the help of professional counseling, support groups and more.

The fear associated with panic disorder fuel the symptoms that characterize this condition. A person experiencing a panic attack may or may not be conscious of what triggers the fear response.

Symptoms associated with panic attacks include –

Symptoms can seem so severe as to prompt a person to go to the emergency room. Not surprisingly, the unknown element in terms of when these episodes will happen only feeds into the fear that drives the condition.

As panic attacks involve both physical and psychological triggers, coping with panic attacks entails working through underlying issues and learning how to manage symptoms when they arise.

The body’s natural fear response produces rapid and heavy breathing rates in an attempt to provide the body with needed oxygen supplies. In the process, the lungs tend to expel more carbon dioxide than the body’s cells produce. When this happens, low levels of carbon dioxide in the bloodstream can trigger many of the symptoms associated with panic attacks.

The same bodily mechanisms that promote faster breathing rates also cause the body’s muscles to tense up in the face of fear. Once the brain goes on alert, hormone chemicals flood the central nervous system.

Relaxing the body’s muscles works to counteract these physical responses and reduce the severity of panic attack symptoms. Like relaxation breathing, muscle relaxation techniques can be used during a panic attack as well as a preventative measure for coping with panic attacks.

Considering how panic attacks send the body into overdrive in terms of speeding up central nervous system functions, it’s not uncommon for a person to feel fatigued or exhausted from the toll these episodes take. Periods of stress drain the body’s resources, which in turn can make a person even more susceptible to panic attack since the body is in a weakened state.

Cut Back on Alcohol, Nicotine, Caffeine or Any Other Form of Substance Use

Any substance capable of altering the brain’s chemical processes can potentially aggravate a panic disorder condition. Substances like alcohol, nicotine and caffeine place added strain on brain chemical functions, which further offsets the body’s natural response mechanisms. Addictive drugs act in the same way, and can actually work against a person’s efforts at coping with panic attacks.

In some instances, a person may start using any one of these substances as a means for self-medicating or warding off anxiety states. Under these conditions, coping with panic attacks means eliminating or at least reducing intake amounts for any substances that aggravate a panic disorder condition.

Panic attack triggers often stem from past experiences that brought on extreme feelings of anxiety. From there the mind can concoct any number of ways to associate present-day events with something that happened in the past.

Get Help for Any Co-Occurring Disorders

Having a solid understanding of how panic episodes unfold is the first step to take towards coping with panic attacks. Since family and friends have likely suffered certain consequences as a result of one or more panic episodes, it’s important for those closest to you to have an understanding as well. Doctors and therapists can be valuable resources of information in this regard.