Sedative-hypnotic drugs serve many genuine medical purposes and are essential medications for many individuals to be able to maintain functionality. They are used to treat anxiety, depression, insomnia, seizures, and withdrawal syndromes because they have the ability to calm brain and central nervous system (CNS) activities.

There is an ever-increasing concern that these medications, however, are being provided for the relief of many of the social and inter-personal problems of daily life. Abuse, dependence, and diversions run high with a number of disadvantages from improper and long term use with dangerous results.

Barbiturates such as Phenobarbital, known as Nembutal, Seconal, and Amytal have been replaced with benzodiazepines for most therapeutic purposes because they are highly addictive and powerful tranquilizers that posed serious withdrawal and overdose effects. They are, however, still used in general anesthesia or to promote amnesia during medical procedures, for the treatment of migraine headaches, and to treat epilepsy. 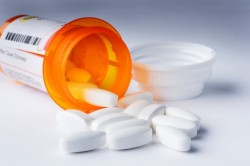 Benzos and barbiturates are the biggest categories of sedative hypnotic medications.

Currently, the most commonly prescribed sedative-hypnotic drugs are benzodiazepines which have been touted as safe medications because they have less adverse effects than barbiturates and less overdose dangers with the existence of an antagonist drug,Flumazenil, which can reverse the depressing CNS effects. According to the National Institute of Mental Health, “Most prescriptions for benzodiazepines are written by non-psychiatrists. For adults 18 to 80 years old, about two thirds of prescriptions for long-term use are written by non-psychiatrists; for adults 65 to 80, the figure is 9 out of 10.”

The most common benzodiazepines prescribed are:

Long Term Use of Sedative-Hypnotic Drugs

There are many disadvantages of taking sedative-hypnotic drugs for more than a couple of weeks. We all have instances in our life where we become anxious or have restless nights of sleep due to underlying issues of stress, or emotionally unsettling events. Normally, conditions are resolved once the related issue pass, but, sometimes, the use of medications is warranted to help us get through them.

Persistent problems are generally symptoms of health disorders, substance abuse, or unresolved issues and without proper treatment, the use of sedative-hypnotic drugs can make the conditions worse or even inhibit the progress of necessary treatments.

Most of the dangers are associated with high dosages, frequent use, using them with other substances, and long term use, but, there remains a huge liability and predisposed nature to prescribe these medications in excess, leading to larger population of access, abuse, and overdose potentials.

Many people who use sedative-hypnotic drugs develop a tolerance to the medications and tend to use them in higher dosages, more frequently, or taking them outside the scope of therapeutic purposes. Some medications have longer durations than others and some are metabolized more slowly causing excessive drowsiness, poor concentration, muscle weakness, lack of coordination, and loss of reasonable judgment, inhibition or memory.

Dangerous over-sedation of sedative hypnotic drugs may persist into the next day and contribute to falls, injuries, or slow reaction times that can impair driving skills and the ability to safely operate machinery or perform other duties at work or school.

Paradoxical effects of sedative hypnotic drugs are the worsening conditions of anxiety, panic attacks, insomnia, irritability, hyperactivity, excitability, and other stimulated CNS functions such as increased pain. Often occurring when a person abuses the drugs or uses them long term, seizures, nightmares, hallucinations, bouts of rage, or aggressive, violent, or suicidal tendencies are not uncommon.

Anxiety and depression are often co-existing conditions in people who are prescribed sedative hypnotic drugs and extended durations of these conditions can lead a person to the use of other substances or cause severe depression and suicidal tendencies which are seriously life threatening conditions.

Some people report an “emotional anesthesia”, or the inability to feel pleasure or pain after long term benzodiazepine use. This emotional blunting may be caused by continuous desensitization and depressing of emotional stimuli in the brain and central nervous system Many users regret their lack of emotional response to family members, children, and spouses and many relationships have faltered or been ruined because of it.

Most withdrawals from sedative-hypnotic drugs are rebound effects. After long term or abnormal use, the depressing CNS effects turn to over-stimulated CNS effects which can result in serious physical and psychological consequences. The cessation of these drugs should be gradual and under the supervision and knowledge of a physician because they can become life threatening.

Withdrawals from sedative hypnotic drugs may include: