Signs And Symptoms Of A Sedative-Hypnotic Disorder

Sedative-hypnotic disorder involves the usage of certain pharmaceutical drugs like benzodiazepines, barbiturates, or other sleep or antianxiety medications. According to the DEA, these drugs are often collectively referred to as CNS or central nervous system depressants and are one of three prescription drug abuse groups.

A common symptom of drug abuse is when the person using develops a higher tolerance to the drug. As most of the drugs involved with sedative-hypnotic disorder are only accessible through a prescription, users will often go through their prescription much faster than what is expected.

Dosages, likewise, will be more than what is initially prescribed by their physician. The longer the person uses the drug, the higher their tolerance will be and the more of the drug will be necessary for it to have any effect. 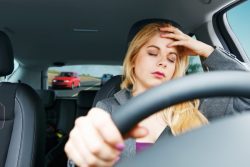 Excessive drowsiness or sleepiness is common with sedative-hypnotic disorder.

As the drugs associated with sedative-hypnotic disorder require a prescription for access, users may attempt to get multiple prescriptions from multiple doctors. It’s possible that the person may claim to have “lost” or “misplaced” their prescription in order to get a new one.

This is actually one of the most common signs of any abusive usage of a prescription medicine, and is one that many doctors and pharmacists will look for. The NIDA states that it is also very common for the person to have prescriptions from someone else, either willingly given to them by the person or stolen from them.

Usually, the person may have difficult remembering things or making new memories. Their judgement may also be questionable. The CNS also controls how our brain communicates movement to the body, so the person’s coordination may also be abnormal with sedative-hypnotic disorder.

Significant changes in sleep habits, like an increase in the amount of time that the person spends asleep, are notable signs of sedative-hypnotic disorder. The person might also be drowsy while they are awake and may seem almost dazed in their actions as a result.

If you or a loved one is struggling with addiction, please know that help is available. Call 800-598-5053 (Who Answers?) for the opportunity to speak with one of our caring specialists about your treatment options.