Correlation Between Schizophrenia and Addiction

Addiction and mental illness often go hand in hand. Today thousands of people live with multiple disorders. One of these disorders is schizophrenia. In order to fully understand the correlation between schizophrenia and addiction, it is important to know what schizophrenia is, and the different ways that it relates to addiction.

It is only with this understanding can you understand the treatment methods for both disorders.

According to the Mayo Clinic, schizophrenia is a disease of the brain that causes a person to perceive reality in a different fashion. Most people with schizophrenia have one or more of these profound symptoms:

It is important to note that schizophrenics do not have multiple personalities; this is a separate disorder.

Addiction Due to Schizophrenia 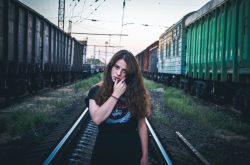 Many undiagnosed and diagnosed schizophrenics choose to self medicate. Due to their condition they often stop taking prescribed medication and start taking illegal or prescription drugs that they are not prescribed.

There are also strong correlations between genetics and both disorders, according to the National Institute on Mental Health. Although extensive studies have been conducted on schizophrenia and addiction, it is unclear whether the self-medication and subsequent addiction helps the symptoms of schizophrenia or not because it is such a disorganized disorder.

According to the National Library of Medicine, schizophrenia and addiction have many neurotransmitters in common. It is likely that the mechanism of both disorders is very similar if not the same.

Schizophrenia Due to Addiction

Although it is uncertain if the schizophrenia due to addiction is just a symptom of the drug use or if it is an indication of damage to the brain caused by the drugs. Some drugs cause damage to the same neurotransmitter receptors that make someone schizophrenic. The prolonged use of many drugs causes:

Treatment for Schizophrenia and Addiction

The treatment for schizophrenia and a co-occurring addiction normally starts with medication. Doctors prescribe medications to get the symptoms under control in order to properly treat each disorder. This can mean a combination of antipsychotics and medications to help the withdrawal symptoms, followed by intensive psychotherapy and behavior modification.

The treatment for both disorders occurring together is best conducted in an inpatient setting. Most people with schizophrenia need to get their symptoms under control before they function in society.

Finding a Treatment Center for Schizophrenia and Addiction

Addiction occurring with schizophrenia is treatable with the right treatment center. To find the treatment center that works best for you, call 800-598-5053 (Who Answers?) . We can help.