Depression, in any form, can have adverse effects on a person’s quality of life. When a depression condition takes on psychotic features, these effects become all the more difficult to bear. Compared to major depression, psychotic depression makes it all but impossible for a person to cope with everyday life issues.

Treatment options for psychotic depression entail many of the same approaches used to treat major depression disorders. Medications and psychotherapy are the most commonly used treatments, though each person’s individual circumstances should dictate the course of treatment. 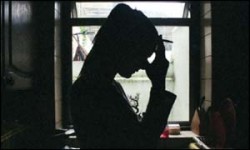 There is treatment to alleviate the symptoms of psychotic depressive disorder.

Another prominent different between psychotic depression and major depression has to do with the severity of symptoms a person experiences. The addition of psychotic features places suffers at a considerably greater risk of attempting and/or committing suicide.

With psychotic depression, depression symptoms in general are more severe. People with this condition are also more prone to developing other types of psychological disorders, such as anxiety and bipolar-type disorders. At times a person may display unusual motor behaviors, such as wandering, rocking and stupor-like posturing. The overall effect from this condition significantly impairs a person’s ability to function in everyday life.

As psychotic depression includes both depressive and psychotic components, antipsychotic and antidepressant medication are used to treat both aspects of the disorder. Antipsychotic medications directly target the areas of the brain involved with regulating a person’s perceptions, ability to organize information and cognitive abilities. Antidepressant medications help alleviate symptoms associated with depression, such as sadness, fatigue and loss of interest in living.

According to the National Library of Medicine, the use of antipsychotics or antidepressants alone seldom works as an effective treatment. Combining both medication types together offers the best treatment results in most cases.

Cognitive-behavioral therapy in particular helps to rework the cognitive aspects of the disorder in terms of how a person views his or her role in the world. The behavioral component of this approach provides a person with specific behavioral skills needed to function normally within everyday interactions with others.