People suffering from depression often feel alone and emotionally cut off from the world around them. Symptoms of clinical depression derive from both physical and psychological origins. In effect, the longer this condition persists, the harder it is to treat.

According to the American Psychological Association, depression exists as the most common form of mental disorder. As distressing as this condition can be, clinical depression is actually quite treatable. 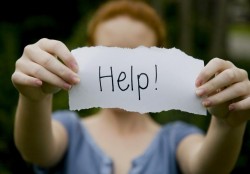 Fatigue is one symptom of clinical depression.

According to the National Institute of Mental Health, as many as 15.7 million American adults experienced one or more major depressive episodes in 2013. This equals out to 6.7 percent of the U. S. population. In general, symptoms of a major depressive episode or clinical depression persist for a minimum of two weeks and typically take the form of:

Depression symptoms can develop in response to a chronic medical condition, substance abuse as well as to disappointment and loss. Likewise, the type of treatment a person requires can vary depending on his or her circumstances.

Feelings of depression result from brain chemical imbalances that persist for long periods of time. For people who’ve lived with depression for months or years at a time, these imbalances have become the “norm” in terms of how the brain works from day-to-day.

Under these conditions, medication treatment may well be necessary to help correct for chemical imbalances in the brain, according to the University of Pittsburg. As a clinical depression treatment option, medications most often used include:

While not everyone struggling with depression will require medication treatment, everyone will require some form of psychotherapy treatment. In effect, the faulty thinking patterns that come with clinical depression work to support the overall state of chemical imbalance in the brain, so it’s essential for a person to replace these patterns with a healthy mindset.

More than anything else, the importance of getting needed treatment help as soon as possible can make all the difference in the world in terms of the level of treatment necessary to see noticeable improvement. Unfortunately, many people suffering from clinical depression don’t seek out needed treatment help. Overall, the range of clinical depression treatment options available offer a person the best chance of overcoming depression’s effects and enjoying everyday life again.