Data gathered by the National Alliance on Mental Illness show as much as five to eight percent of the U.S. population or 25 million people experience an episode of major depression on an annual basis. While having the occasional sad day every now and then is one

thing, ongoing feelings of sadness lasting months at a time may indicate it’s time to look into clinical depression treatment.

People who’ve experienced past or recent trauma may be especially prone to depression symptoms. For some people, a traumatic experience can greatly affect one’s overall disposition and outlook on life. Clinical depression treatment options use medication and/or psychotherapy depending on the severity of a person’s condition. 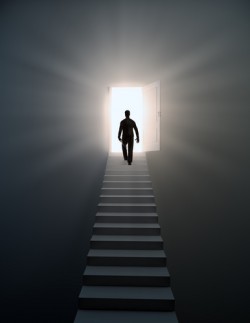 Medications and psychotherapy can help you regulate your moods and get out of sad episodes more easily.

According to the American Psychological Association, depression develops out of a person’s response to disappointment, loss or failure. Clinical depression, also known as major depression becomes a lifelong disorder in which a person alternates between periods of wellness and depression episodes. While any number of circumstances or events can cause a depression disorder to develop, traumatic events, such as divorce, physical abuse or the death of a loved one can easily trigger depression episodes.

The way a person copes with a traumatic event oftentimes determines whether depression becomes an issue down the road. Some people may also have a biological predisposition towards depression, while others raised by parents affected by depression may also be more prone to developing a disorder.

Working through the emotions surrounding a traumatic event can go a long way towards helping a person regain control of his or her emotional well-being. While some people may require medication as a clinical depression treatment, others may benefit from psychotherapy treatment alone.

Psychotherapy offers a safe, supportive environment where people can identify the destructive belief systems that give rise to certain thought patterns and emotional responses. Psychotherapy as a clinical depression treatment may also invite family members and loved ones to participate in a person’s recovery process, especially if they were involved with the trauma in some way.

People suffering from severe forms of depression may require both medication and psychotherapy treatment in cases where depression symptoms cause considerable disruption in a person’s everyday life.