Depression disorders can have a debilitating impact on a person’s quality of life. While it may seem like a person’s general outlook fuels depression symptoms, chemical imbalances in the brain exert considerable influence over a person’s mental and emotional state. Antidepressant medications used to treat depression work to restore the brain’s chemical balance back to normal.

Each medication may differ in terms of which brain chemicals it targets and how it affects chemical secretions. As no two people have the exact same brain chemistry, it’s not uncommon for a person to have to try two or more different medications before actually seeing any benefits.

Depression and the Brain 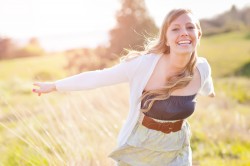 Medications used in depression treatment work to balance out your brain chemistry, and thus, your moods.

Whether triggered by a traumatic event or brought on by a genetic predisposition, depression results from an ongoing chemical imbalance in the brain. As part of its normal everyday functions, the brain regulates a person’s moods and emotions on a continual basis. Brain chemicals, also known as neurotransmitters communicate messages between neurons throughout the brain’s various regions.

Accordingly, medications used to treat depression fall into one of three groups:

Reuptake inhibitors, in general, prevent brain cells from re-absorbing available neurotransmitter amounts. In effect, each of the three classes of antidepressants helps to conserve neurotransmitter levels in the brain.

Other medications used to treat depression include tricyclics, tetracyclics and monoamine-oxidase inhibitors. While these older medication treatments work in much the same way as the newer treatments, the likelihood of experiencing side effects, such as abnormal heart rhythm, dizziness and headaches is considerably higher.