Do I Have a Hallucinogen Use Disorder?

Hallucinogens produce effects unlike any other drug type, producing “out-of-body” experiences and dissociative states of mind, according to the National Institute on Drug Abuse. These effects come with a cost, causing considerable disruption of brain and body functions. 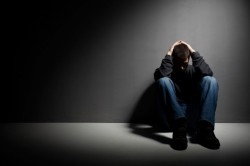 If you cannot quit hallucinogens on your own then you have a problem.

Hallucinogen drugs come in different types, each of which produces its own unique effects. Some of the more common drug types include –

Dissociative drugs act directly on the brain regions that regulate sensory perceptions leaving the mind to create its own internal reality or “trip.” Dissociative hallucinogens include –

Psychedelic drugs have the opposite effect in terms of enhancing a person’s sensory perceptions. In effect, users experience intense sensory inputs from their external environment. Psychedelic hallucinogens include –

Hallucinogen use disorders originate from alterations made to the brain’s serotonin and glutamate neurotransmitter levels. The chemicals not only regulate a range of essential functions, but also interact with other primary neurotransmitters, such as dopamine and norepinephrine.

Bodily processes regulated by serotonin and glutamate include –

Different types of hallucinogens act on serotonin and glutamate in varying ways, which in turn affects other neurotransmitter outputs and the resulting experiences users have. In general, the types of effects brought on by hallucinogen use include –

Rather than any single drug dose, the drug’s cumulative effects over the course of weeks or months account for the development of hallucinogen use disorder.

More than anything else, the effects of addictive drugs on brain chemical processes becomes the driving force behind drug abuse disorders. In the case of hallucinogens, each dose interferes with the chemical pathways that enable a person to function normally in everyday life.

Once brain chemical processes reach a certain point, a person has difficulty functioning effectively in what once were manageable daily routines. When you’re life starts to unravel in unexpected ways, you’ve likely developed a hallucinogen use disorder as “disorder” starts to take over your life. With ongoing drug use, the degree of disorder will only get worse.

Withdrawal effects represent one of the very first signs of a developing hallucinogen use disorder. Withdrawal effects indicate the brain and body have become physically dependent on the drug’s effects. Symptoms of withdrawal stem from the growing chemical imbalances taking shape in the brain.

Hallucinogens act on individual brain cell sites causing the release of unusually large amounts of neurotransmitter chemicals. In effect, these cell sites have to work considerably harder than normal in response to the drug’s effects.

Over time, overworked cells start to break down structurally, which impairs their ability to function normally. When this happens, larger doses of the drug must be ingested in order for users to experience the desired “high” effect. In the process, the brain’s functional capacity declines making it all the more difficult to regulate bodily processes as normal.

These effects continue to increase in severity and frequency the longer a person continues drug use. Ultimately, a hallucinogen use disorder only grows worse as brain chemical levels skew further out of balance. The types of withdrawal effects can vary depending on the type of drug used, though the overall progression of the disorder remains the same regardless of the drug type.

Psychological Signs of Hallucinogen Use Disorder

With regular and frequent drug use, a person will likely start to develop psychological signs of hallucinogen use disorder within a short period of time. Not surprisingly, the drug’s effects can greatly impair a person’s psychological stability.

The rapid influx of neurotransmitters into the brain triggers a wide range of cognitive and emotional experiences. According to Bryn Mawr College, most all types of hallucinogens produce hallucinations that can make for a good or bad drug experience, also known as “good trips” and “bad trips.”

Since hallucinogens exert their greatest effects on sensory perception, psychological signs of hallucinogen use disorder naturally arise from distorted cognitive and emotion-based brain functions. These signs commonly take the form of –

These signs point to the degree of brain impairment brought on by continued drug use. The strain placed on brain cell sites not only produces structural damage, but also affects the brain’s overall structural integrity.

Residual Effects from Hallucinogen Use Disorder

When left untreated, hallucinogen use disorders essentially “rewire” the brain’s chemical processes as physical dependency worsens and addiction takes hold. After a while, distortions in sensory perceptions will persist regardless of whether a person is under the influence or not.

Signs of sensory impairment may include –

These effects can last for years after a person stops using.

As hallucinogen use disorder typically causes unusual and uncomfortable symptoms to surface, people affected by this condition will likely notice these signs along the way.