For centuries, hallucinogens have been used in medicine, rituals, and religious ceremonies to enlighten one’s senses and alter their perceptions of reality. They have been used to take people on spiritual journeys, to explore the inner mind, and to block out pain or consciousness to promote physical and psychological healing.

Today, in certain cultures and religious ceremonies, hallucinogens are still used for these practices, but, their common use has expanded far beyond any beneficial purpose. They have become unpredictable forms of substances that people use recreationally and for unhealthy escapes from reality with absolutely no way of knowing what harm they will cause.

The medical and science communities classify hallucinogens into three different groups according to the primary effects of their psychoactive chemicals including psychedelics, dissociatives, and deliriants. Their psychoactive chemicals can originate from plant sources or synthetic materials, but, all of them will have varying effects from person to person and many of them will cross over into other groups or drug classifications.

The National Institute on Drug Abuse divides hallucinogens into 2 broad categories; classic hallucinogens such as LSD and dissociative drugs such as PCP and accordingly, “When under the influence of either type of drug, people often report experiencing rapid, intense emotional swings and seeing images, hearing sounds, and feeling sensations that seem real but are not.”

Psychedelic hallucinogens are those that cause altered and non-ordinary states of consciousness and perception. The experiences are often referred to as “tripping” where reality becomes significantly distorted and the users experience a transcendence or dreamlike state. Psychedelics became notorious with LSD where sights, sounds, colors, shapes, motions, space, and time become massively distorted. Psychedelics include; psilocybin (magic mushrooms), Lysergic Acid (LSD), mescaline (peyote), and Phencyclidine (PCP).

Dissociatives are hallucinogens that cause the user to feel disconnected from self and reality and like psychedelics, they can cause distorted perceptions of sights and sounds. Dissociatives include: Ketamine, DXM, and Salvia, and PCP. Both Ketamine and PCP have been used in the past for anesthetic purposes in surgical practices because their dissociative effects can block signals of stimuli, such as pain, to the conscious mind.

Deliriants cause deliriums characterized by intense confusion, stupors, or confabulations which are distorted, misinterpreted, or fabricated memories. They may think they did something when they didn’t or imagine things are happening when they are not. Natural deliriants are found in plants like angel trumpets, jimson weed, and mandrake, while Dramamine and Benadryl can be purchased over the counter at a drug store.

Many hallucinogens cause disruptions in the brain by breaking up the normal chain of activities involving the neurotransmitter, serotonin. Serotonin plays a key role in central nervous system functions and has both a direct and indirect influence on the majority of brain cells. This can cause changes in moods, cognition, behaviors, perceptions, emotions, memory, and psychomotor functions which may or may not last for several days until the normal balances are restored. 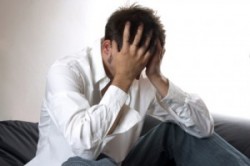 Hallucinogens can get into your head and cause psychological distress.

Hallucinogens are highly variable substances that from dose to dose, and person to person, can have different effects. The person can have a pleasant “trip” one time and a frightening experience the next with no preconceived way of controlling what will actually happen.

Some people will “set the stage” for their trip so they can minimize bad reactions and prepare themselves mentally for positive expectations. Others use hallucinogens at random or compulsively and take high risks with their safety and the safety of others. The experiences can vary by:

Hallucinogens can alter behaviors, moods, cognition, emotions, perceptions, and senses for hours and result in mental impairments that can lead to accidents or harm to the user and others. According to the Drug Abuse Warning Network, in 2011, hallucinogens were involved in the following numbers of emergency department visits:

Some psychological issues can last for an indeterminate amount of time, including months or permanently. Short term psychological effects may include:

Although a short term tolerance can develop, physical addictions to hallucinogens are unlikely and usually result from the additional contents of drugs on the street versus the hallucinogenic properties.

Users tend to reach a maximum tolerance that negates increased doses without adverse effects after only a few doses. In order to “trip” again, they need to cease use for a while to let the tolerance decline.