What Does Your Body Experience During an Anxiety Attack? 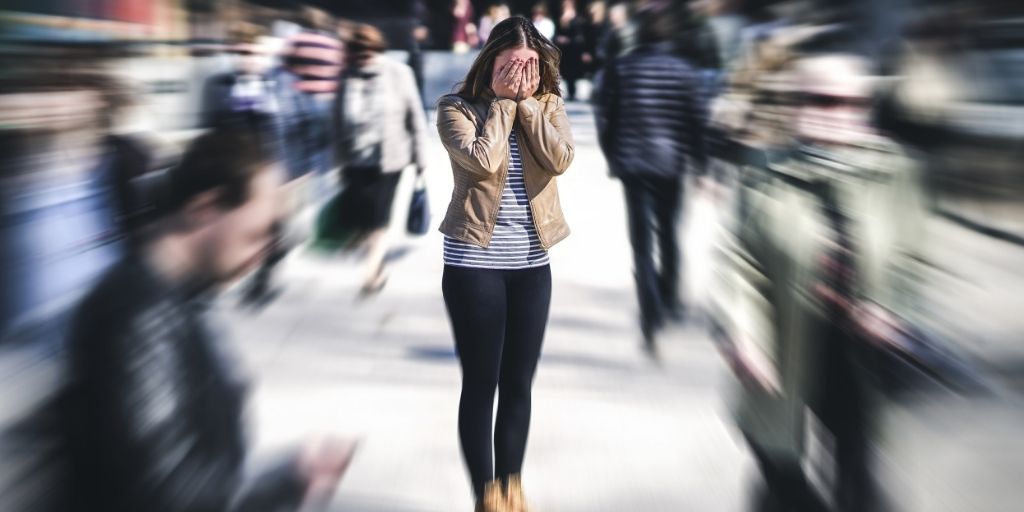 An anxiety attack can be terrifying…

Cindy’s heart was pounding. She couldn’t catch her breath. She felt dizzy and hot. There was a strange tingling in her fingers. Was she dying? Was she having a heart attack? Should she call for help? She couldn’t even think straight to know what to do!

Cindy was not having a heart attack—she was having an anxiety attack. But since the symptoms are similar, it’s easy to confuse the two. Let’s take a closer look at exactly what was going on inside Cindy’s body during her attack. 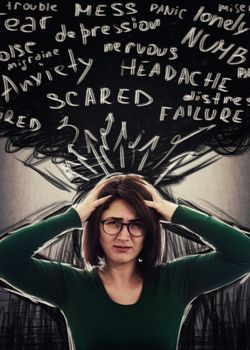 A ferocious dog. An oncoming car. In-laws. Any time you encounter a threat, your body responds. It goes into “fight or flight” mode, meaning that your systems prepare to either attack the threat or run from it.

Your bloodstream is flooded with adrenaline, a hormone which puts your body on alert. Your heart beats faster to send more blood to your muscles. You breathe more quickly, to get more oxygen. Your senses sharpen. Your blood sugar rises.

This entire reaction is designed to provide the energy you need to handle the threat with either fight or flight. It happens instantly, with all of your systems surging at once.

In Cindy’s case, all of this was happening, but there was no threat—at least not a physical one. She was feeling the full rush of “fight or flight” mode without knowing why. There was no animal attack, or earthquake, or even a threatening personal interaction.

This entire reaction is designed to provide the energy you need to handle the threat with either fight or flight. It happens instantly, with all of your systems surging at once.

But…Cindy has been under a lot of stress lately. She just started a new job, and her relationship with her husband is strained. Her anxiety has been building for the past few weeks.

This helps explain what happened. Cindy experienced an anxiety attack – a “sudden” burst of fear that had actually built up over time as she was feeling anxious about many things in her life.

This term is often used interchangeably with “panic attack,” but there are slight differences. The symptoms are nearly the same, but a panic attack happens suddenly—out of the blue, with no specific trigger. An anxiety attack usually builds over time due to underlying symptoms of anxiety.

Symptoms of Anxiety and Panic Attacks

With either type of attack, the body experiences similar symptoms:

The chest pain and feelings of choking often cause additional surges of panic that can worsen the symptoms. In most cases, though, the rush of adrenaline peaks within 10 minutes, and symptoms usually subside within half an hour.

In most cases, though, the rush of adrenaline peaks within 10 minutes, and symptoms usually subside within half an hour. 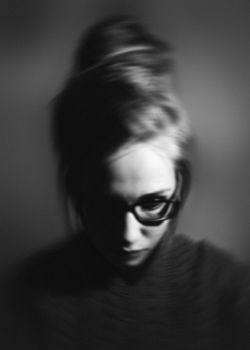 You may remember that Cindy also felt scared and confused—what was going on in her mind? Well, it’s common for an anxiety attack to cause psychological symptoms as well as physical. These can include:

It’s possible to experience any combination of these symptoms during an anxiety attack. An anxiety attack might occur spontaneously, or could be brought on by a trigger in response to building anxiety, which the body perceives as a threat.

What Should I do if I Have an Anxiety Attack?

If you are not sure if you’re having an anxiety attack or a heart attack, seek help. Requesting medical assistance is OK. Only a medical test can determine if you’ve had a heart attack and a trip to a medical facility is not wasted if you get the help you need for either a heart issue or to see you through the anxiety attack.

If you are not sure if you’re having an anxiety attack or a heart attack, seek help. Requesting medical assistance is OK.

For persistent anxiety attacks, a therapist can help diagnose the issue and make recommendations for treatment.

If you’re struggling with anxiety, you’re not alone. Call 800-598-5053 (Who Answers?) to be connected to treatment options in your area.