Sometimes forgiving the people who have hurt you is the best path to peace of mind and a way to move forward in your life.

The early life of John Welshons was a series of devastating physical and emotional hurts. At the center of this pain was his father, who became “a raging demon” when he was under the influence of alcohol. In the book Awakening from Grief, Welshons writes of his father, “He hated everyone, especially my mother, my sisters, and me.”

Forgiving for Your Peace of Mind

After years of carrying resentment and anger toward his father, Welshons decided that enough was enough. He did not want to live his life in a constant state of hatred; his feelings were consuming him and damaging his life. So he did something he never imagined, he forgave his father.

Welshons, now a counselor who helps others with their feelings of grief and anger, says he forgave his father for his own peace of mind. “Forgiveness is for the forgiver,” he says. “It was me who was not living life fully because I was angry at my father.”

When you hear these types of stories, it makes you wonder how anyone can forgive another for inflicting so much pain. Forgiveness sounds good in theory and makes intuitive sense. But, the actual mechanisms of the process can elude us, especially when we are suffering from another’s actions.

Forgiving for Your Health 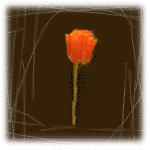 Chronic stress and anger can have negative effects on our overall health. “The choice not to forgive someone is a form of stress,” says Everett Worthington, PhD, director of the Campaign for Forgiveness Research. “If we maintain this for a long time, we may experience cardiovascular disorders, stress-related disorders, and maybe anger and fear-related disorders, as well.”

Put simply, unforgiveness just does not feel good. “It is really not a good state of mind,” says Welshons. “In the end, you suffer even more.” In other words, unforgiveness can hurt you more than it hurts the object of your emotions. Nine times out of ten, he or she could not care less.

One of the reasons people do not practice more forgiveness is that they misunderstand what it actually entails. It does not mean that you approve of someone’s actions or condone their behavior. “There is a big difference between forgiving someone and condoning what they have done,” says Margaret Paul, PhD, lecturer and author of Do I Have to Give Up Me to Be Loved by God?

Forgiveness does not mean that you continue to subject yourself to abusive behavior, nor do you have to agree to spend time with the person you are forgiving. It may be that in order to protect yourself physically and/or psychologically, you have to distance yourself from the other person. You can do so and still forgive, says Welshons.

So if forgiveness is not about reconciliation or excusing behavior, what is it about? “Forgiveness is an experience of feeling compassion in one’s own heart for the other person. You move out of judgment and into compassion and understanding for the other person,” says Dr. Paul. “Forgiveness is an emotional replacement of unforgiving emotions—such as resentment, hostility, anger and fear—with more positive emotions—such as love and empathy for the person who has hurt you,” adds Dr. Worthington.

So, you feel that you are ready to forgive someone who has caused you a lot of pain. Is that it? Unfortunately, it is usually not that simple. “As a rule, it does not happen in the blink of an eye,” says Welshons.

Though there are cases of miraculous forgiveness, like when a murdered child’s parents declare immediate forgiveness for their child’s attacker, in most cases forgiveness is a process rather than an instantaneous decision. This is especially true when the hurt is deep-seated or especially severe. “If you have got a giant issue to forgive, it is probably going to take a long time,” says Dr. Worthington.

Figuring Out How to Begin

In addition to taking time, forgiveness is also going to take work. Dr. Paul and Welshons agree that people need to take responsibility for themselves and their actions, and to concentrate on creating their own happiness rather than looking outside for fulfillment. “Forgiveness is a natural outcome of doing our own inner work,” says Dr. Paul.

There is no single way to forgive. Dr. Worthington, for instance, has created a five-step process to lead people through the process of identifying and recalling the hurt, empathizing with the transgressor, giving the gift of forgiveness, and committing to and reinforcing the process. “We have a good deal of evidence that we can actually help people forgive,” he says.

You may find that other methods, including meditation, yoga, religion, or therapy will assist you on your quest. Though talented therapists or teachers can put you on the right track, it is important that you own the process. What path you choose depends on your personality and the kinds of hurts you are working to forgive.

Though it may take time, do not get discouraged. Dr. Worthington says, “The longer that a person works to emphatically forgive, the more forgiveness they feel.”

Paul M. Do I have to Give Up Me to Be Loved by God.Deerfield Beach,FL: Health Communications; 1999.

Welshons J. Awakening From Grief : Finding the Way Back to Joy.Maui,HI:InnerOcean; 2003.